A local anti-racism group will be holding simultaneous mini-protests across Delta this weekend and is inviting everyone in the community to take part.

The Delta Stands Against Racism Facebook group is holding a number of small-scale demonstrations this Saturday (July 25) to “express our opposition to systemic racism, racist police violence and all other forms of racism,” according to a press release.

“The event is a mobilization of people of conscience to stand up and make people aware of racism, that it’s not just enough to sit at home and be opposed to racism — we need to be actively standing up and opposing it and making space for Indigenous, Black and racialized people to have their rights recognized,” Larry Johnston, one of the event’s organizers, told the North Delta Reporter.

The group will be assembling at three locations — North Delta Secondary in North Delta, Delta Secondary in Ladner and Dennison Park in Tsawwassen — at 2:30 p.m., then dispersing to as many street corners as possible (depending on how many people turn out) to raise awareness about and condemn racism.

“The last little while, really since the George Floyd incident in Minneapolis, there’s been a lot of interest in opposing racism, and we’ve seen it in rallies and marches and all sorts of different ways, but that momentum has to be kept up, the focus has to kept on this issue until systemic racism is dismantled,” Johnston, who will be co-ordinating the North Delta protests, said.

“All people of good conscience need to stand up and be heard, and that’s what we’re trying to give people the opportunity to do.”

For more information on the event, visit the group’s Facebook page or email deltavsracism@gmail.com.

Editor’s note: A previous version of this story, as well as the version used in print, incorrectly stated that the Delta Stands Against Racism Facebook group organized the large anti-racism protest and march around Delta city hall last month. That was, in fact, another Facebook group, Delta Families Against Racism. The North Delta Reporter regrets the error. 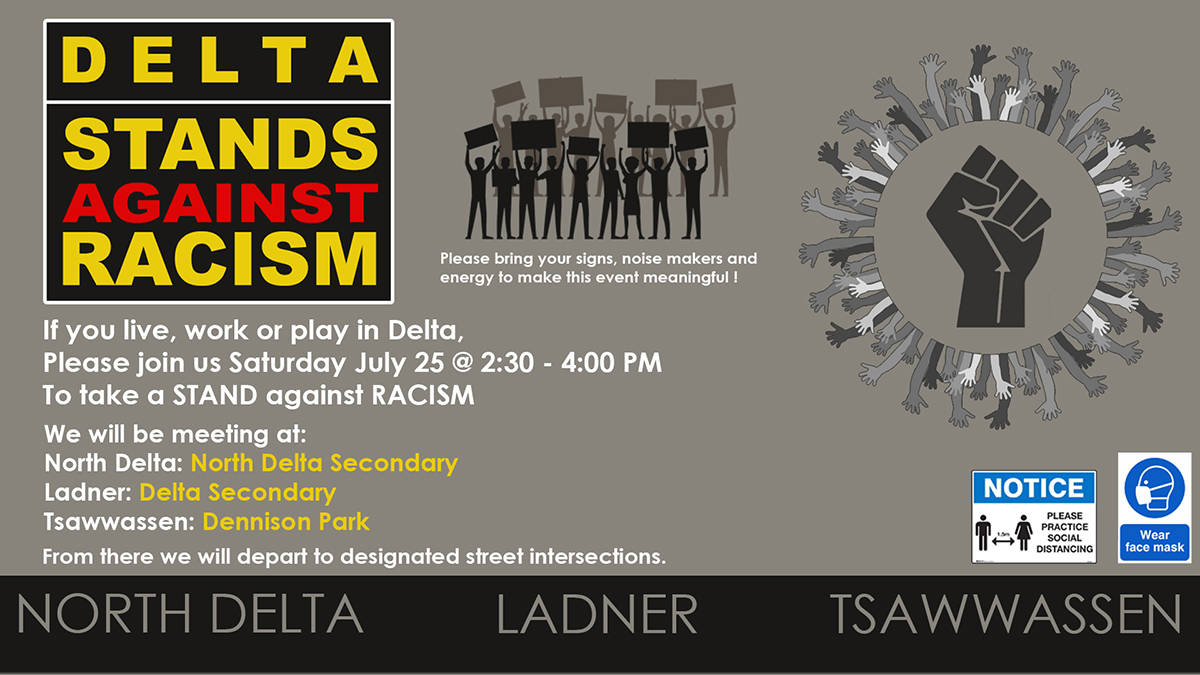