The City’s Engineering Department originally recommended the project as a way to look into alleviating parking problems in Clayton.

Council approved the one-year pilot project after other attempts to improve parking have failed—such as the illegal suite crackdown in 2018.

Council passed the motion without any objection from other councillors at the City’s public hearing.

“After taking into consideration all the previous initiatives that were undertaken to respond to these concerns, I’m very hopeful that we have arrived at the best solution which will not only address the residents’ concerns but will also increase the supply of on-street parking,” said Councillor Laurie Guerra.

Early surveys of Clayton residents in 2014 revealed only about 40 per cent support for queuing streets, but a subsequent survey in 2015 showed support rose to 65 per cent.

The Engineering Department said it also looked into a Residential Parking Permit program (RPP), but decided an RPP wouldn’t improve Clayton’s parking issues and would be unpopular with residents.

“The two essential components of a permit system, fees and enforcement, would not likely be supported by residents, and the annual costs of such a program would be very high,” wrote Neuman.

Neuman also wrote his department didn’t think the project would add to congestion.

“All streets originally planned to be queuing streets are local roads with relatively low traffic volumes.”

The pilot project will begin in February, 2020. 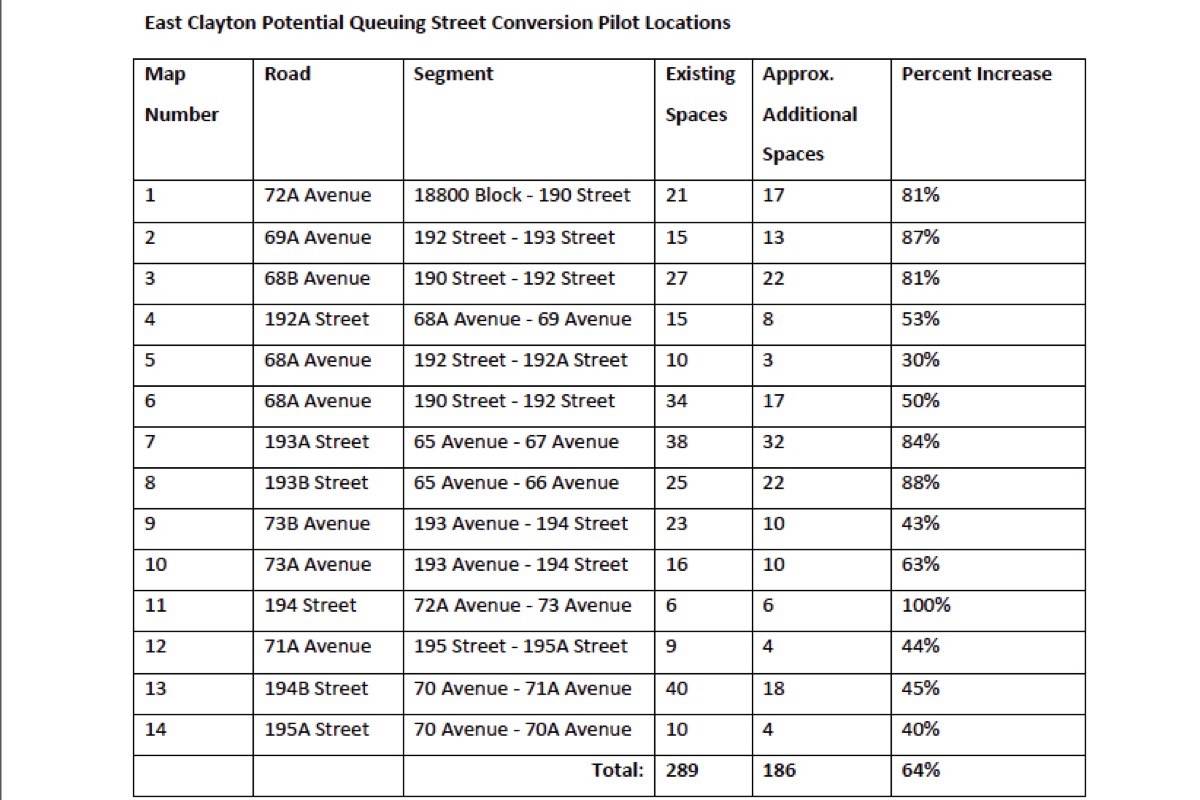 The Engineering Department has identified 14 potential streets that could be part of a pilot parking project in Clayton Heights. (Via City of Surrey)