Veterans, cadets and dignitaries from across the Lower Mainland came to Cloverdale on Sunday morning (April 7) to commemorate the 102nd anniversary of the Battle of Vimy Ridge.

The service honoured those who fought at Vimy Ridge, including Surrey soldiers whose names are inscribed on the Cloverdale Cenotaph at the centre of the service, Harry Triggs and Frank Donald Aish.

The Battle of Vimy Ridge went down in Canadian history as the first time the four Canadian army divisions fought as a unified force. On April 9, 1917, the divisions came together to accomplish what was thought impossible by the British and French forces — they captured the heavily fortified Vimy Ridge, 175 km north of Paris, France.

The battle lasted four days and more than 10,600 Canadian soldiers were wounded or killed. Thousands more went missing and were presumed dead.

A remembrance ceremony has been held in honour of the Battle of Vimy Ridge for the past five years. Every year, army, air and navy cadets participate in the ceremony, as well as members of the Cloverdale Legion and Ladies Auxiliary.

Veteran’s Square, and the Cloverdale Cenotaph, are located between the Museum of Surrey and the Surrey Archives, at 17710 56A Ave. 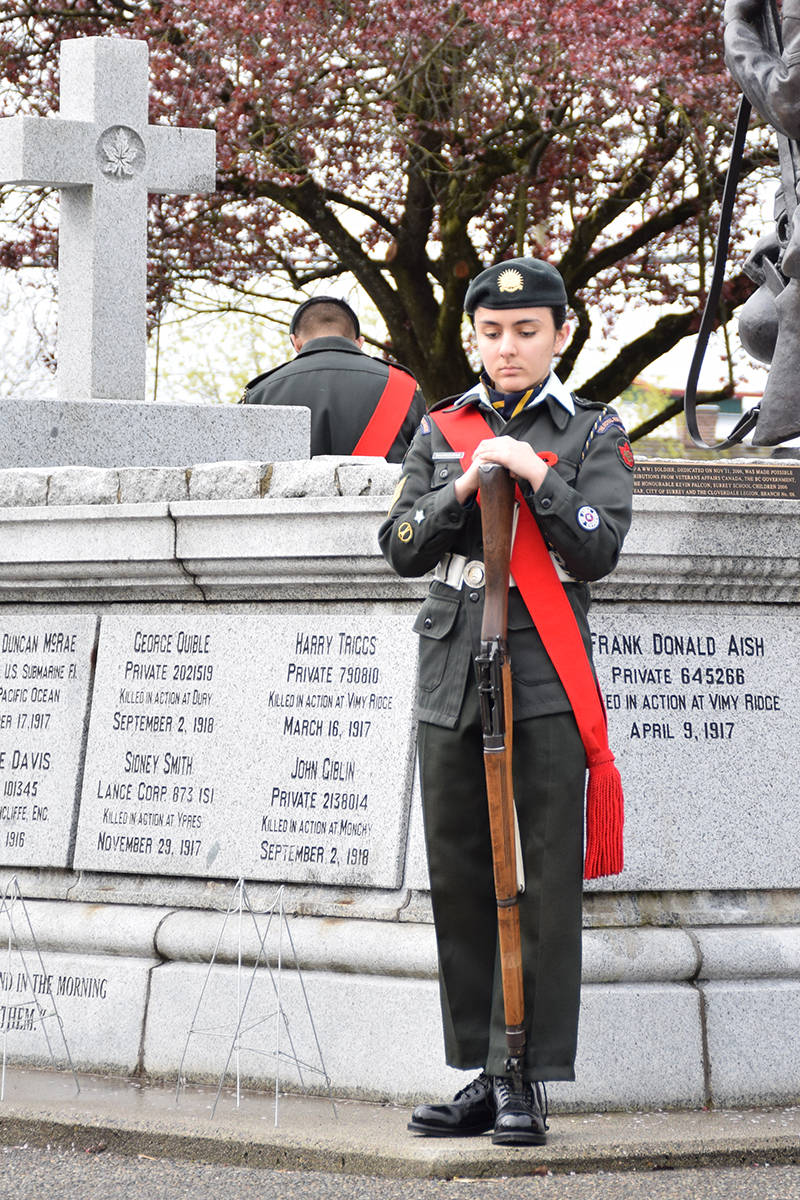 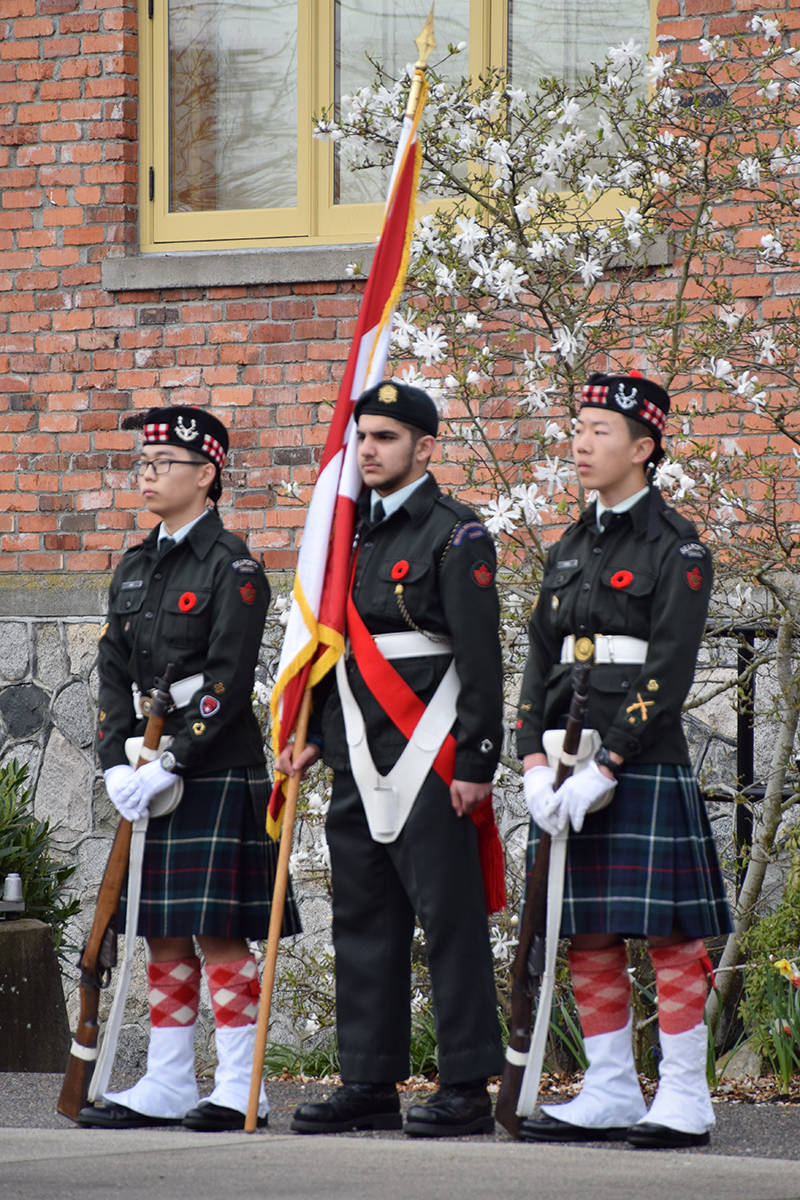 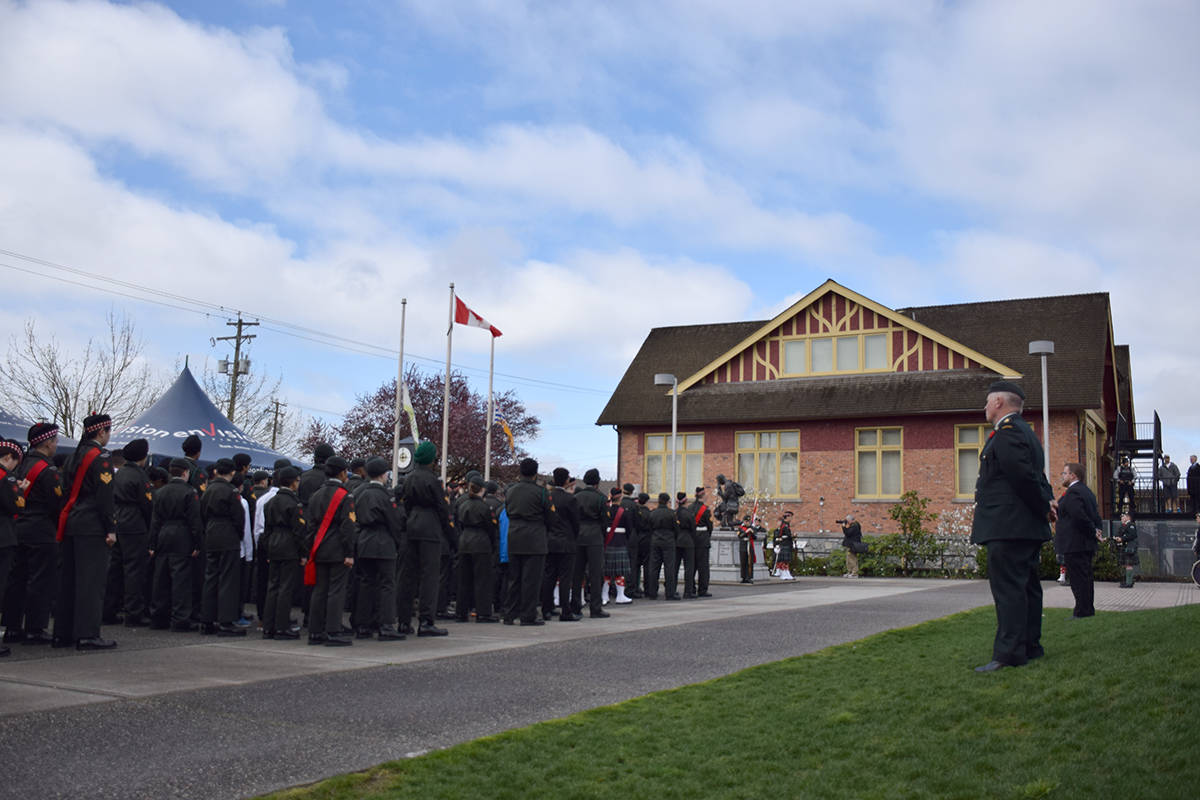 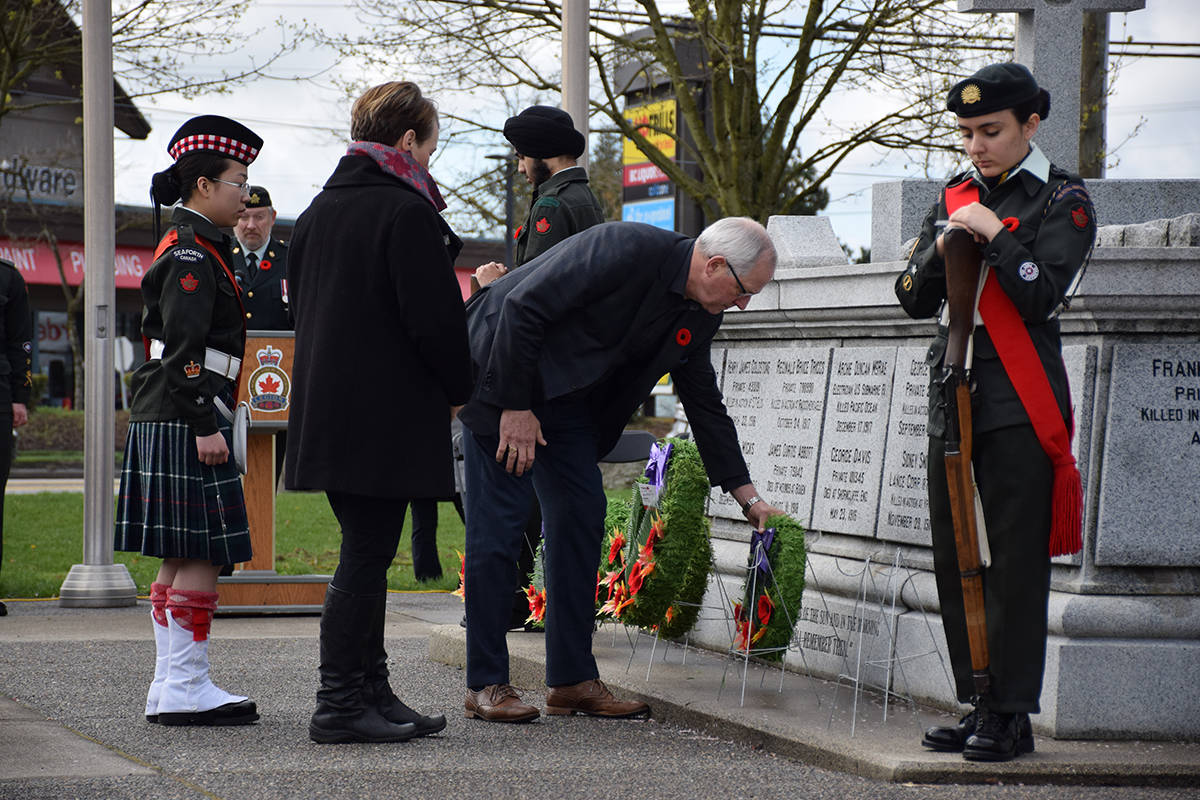 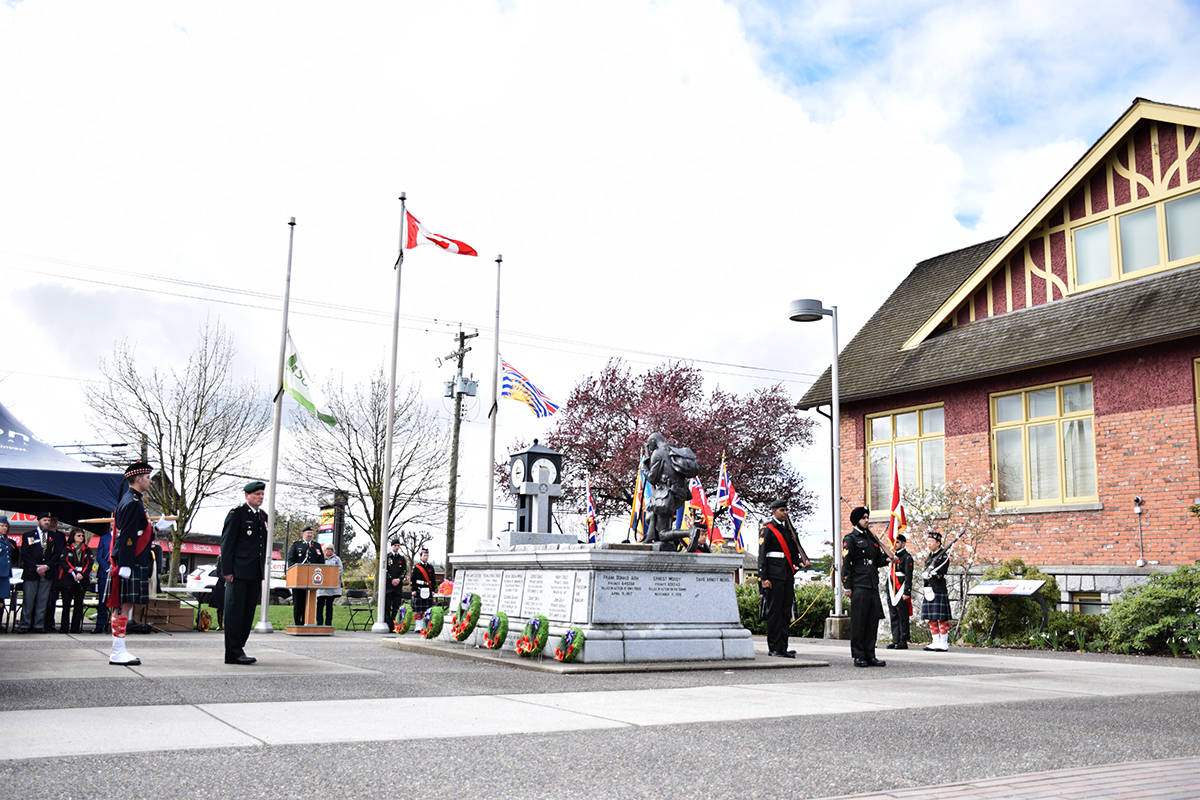 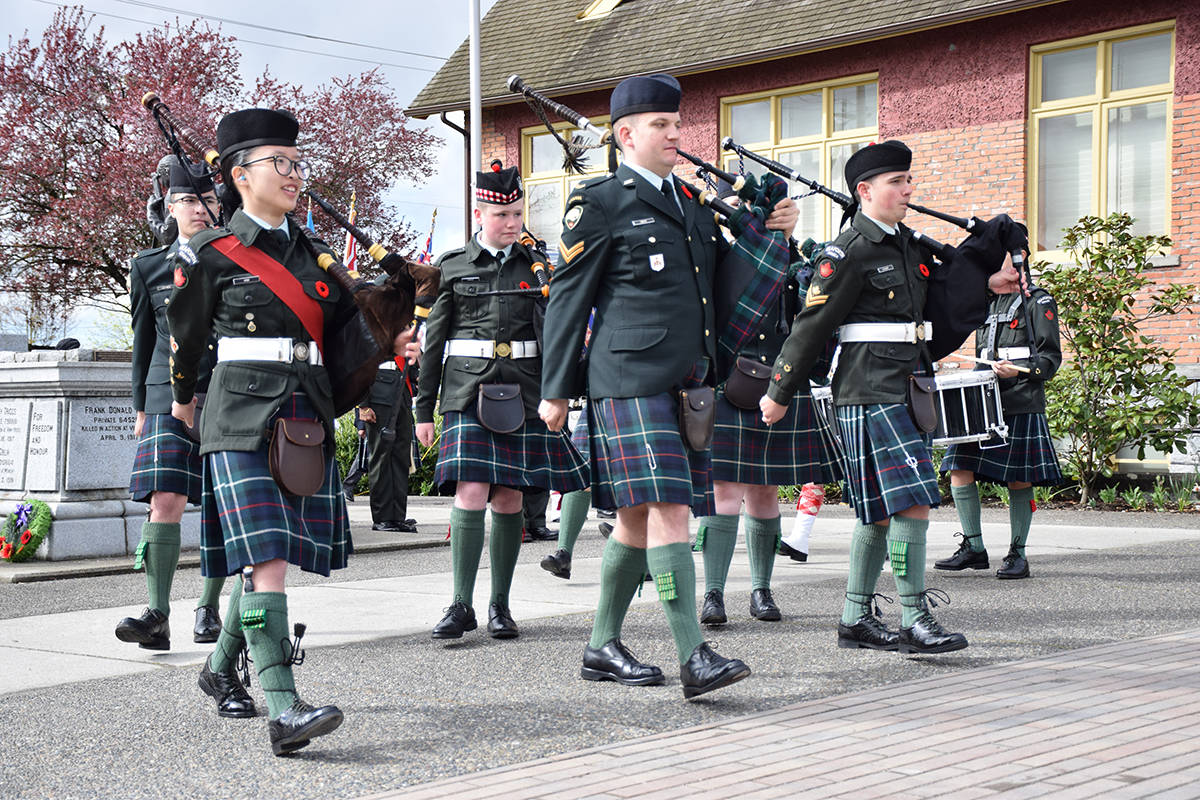 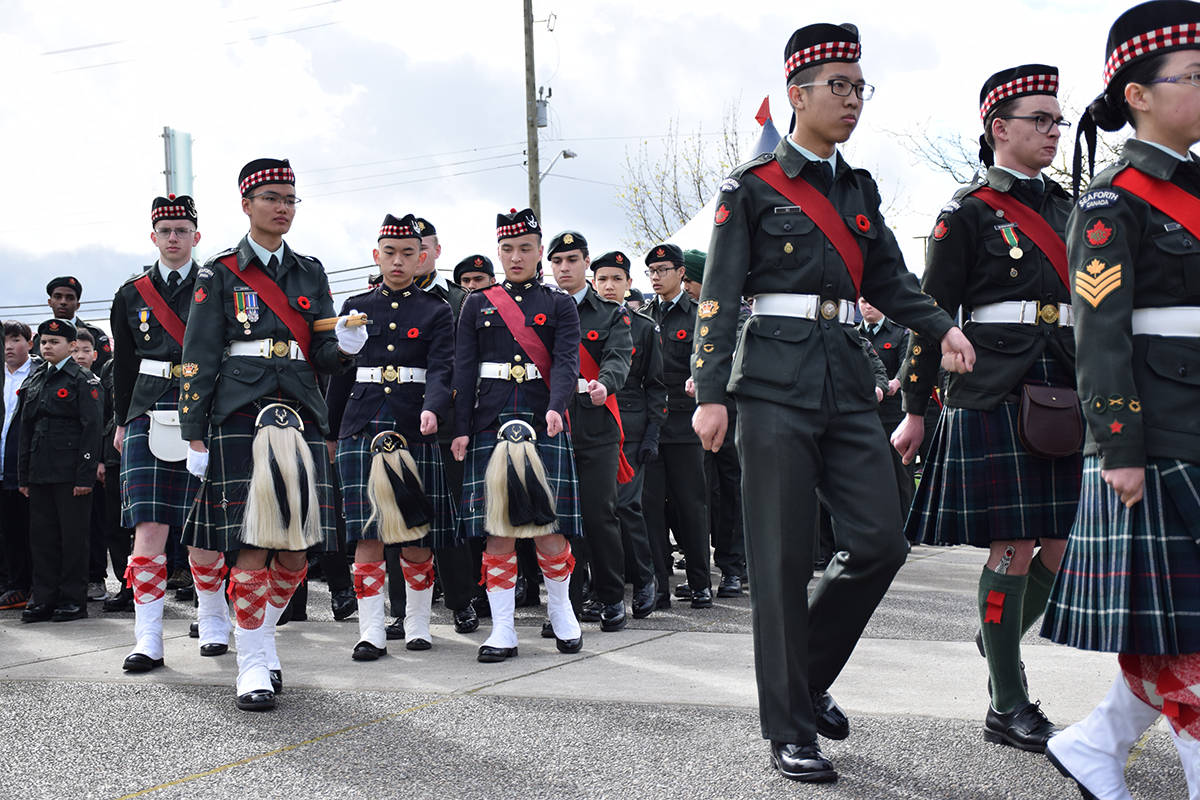 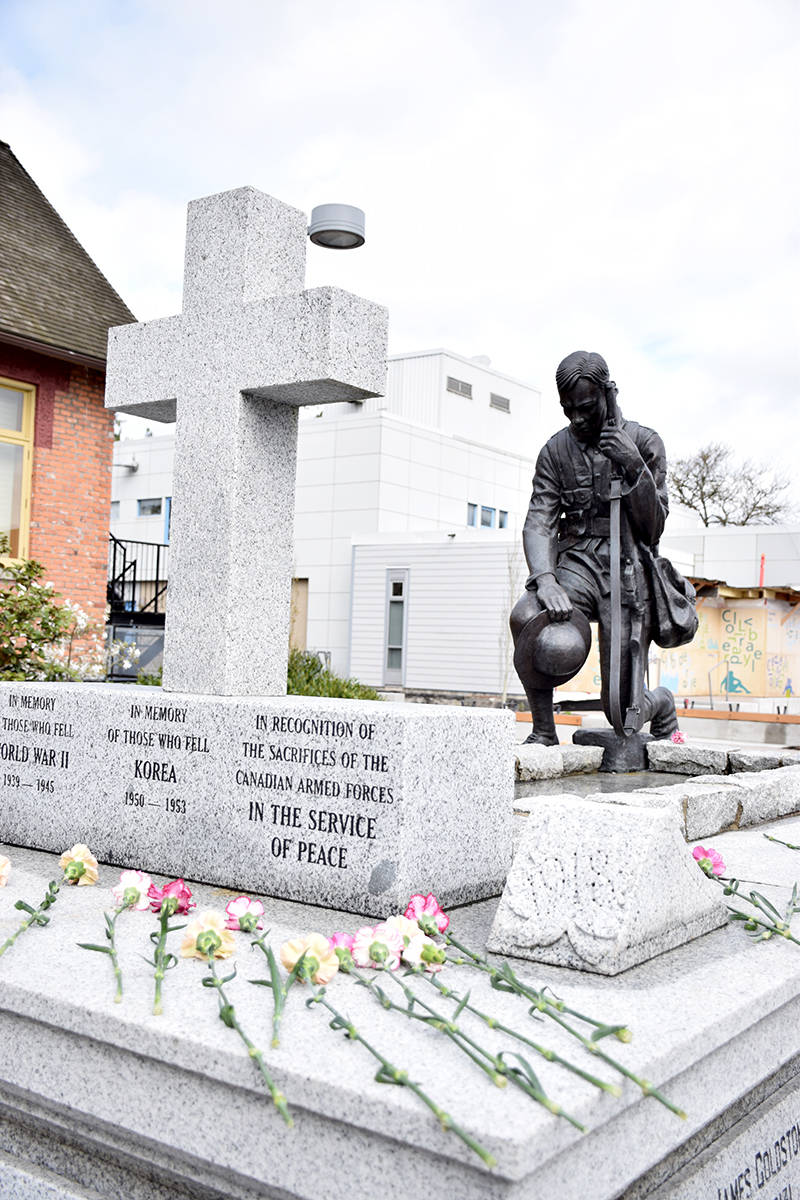