Starting at 3 p.m., Borealis String Quartet will turn out the lights during its “Out of Darkness Into Light” concert, which aims to “take the audience on an auditory journey out of darkness to the illuminated reaches of the human soul.”

It won’t be the first time the quartet has performed the concert, which it debuted in Vancouver last March and also in Italy over the summer.

The concert begins with “In iij Noct,” a composition by George Freidrich Haas. With the auditorium plunged into darkness, save for an exit light or two, the musicians must rely on their memory and performance skills as they play the music in complete darkness, without music scores or the ability to see one another. 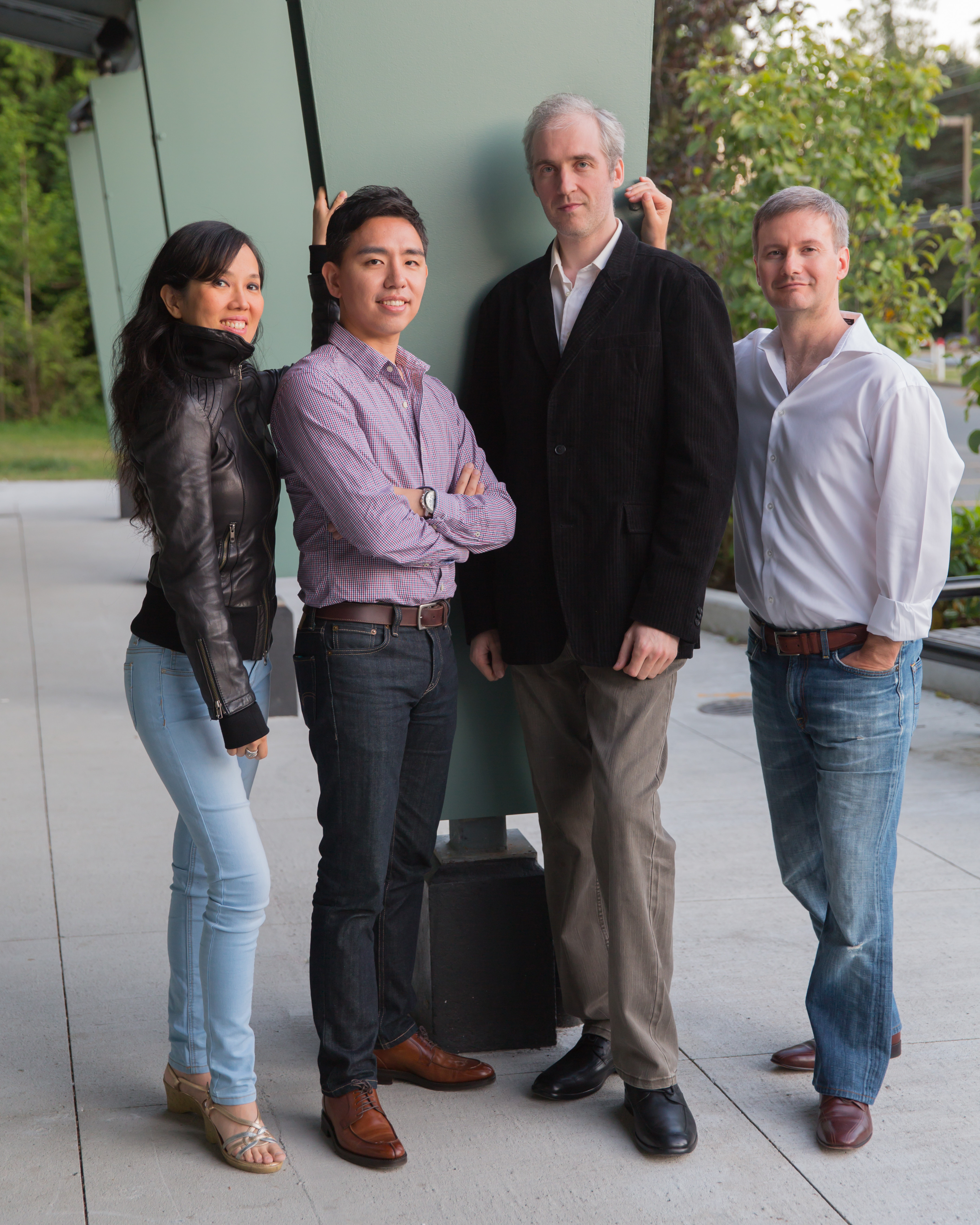 “The four players of the quartet are in different parts of the room, so it’s sort of like stereo sound for the audience members,” quartet member Patricia Shih told the Now.

“There are patterns and things that we’ve rehearsed but at the same time, it’s very spontaneous, with invitations sent to each other, the other quartet members, so sometimes there are sounds that the others may accept.

“There are certain rules we play by, some boundaries, but it’s all quite spontaneous, so every performance should be different,” she continued. “There are certain ways we can invite another member of the quartet – with a trill or different musical patterns, for example, and those are the invitations I’m talking about.”

Shih and her husband, fellow musician Nikita Pogrebnoy, are founding members of Borealis String Quartet, which got its start in 2000.

Today, BSQ is the quartet-in-residence at Kwantlen Polytechnic University, and includes Yuel Yawney (violin) and Sungyong Lim (cello) as members.

Shih (violin) and Pogrebnoy (viola) live in the Fraser Heights area of Surrey.

“As a classical string quartet, we’re trying to branch out in different ways for audiences,” Shih said.

“For the concert we did in Vancouver in the springtime, there were even some kids there, and they enjoyed it, and I never heard any negative feedback because of the darkness, or that anyone was afraid of the dark,” she added with a laugh.

“Bramwell Tovey, the (Vancouver Symphony Orchestra) conductor, wrote a piece for us and it was in the news because the score was stolen from his car,” Shih recalled. “We were rehearsing madly at his house the night before the concert, but it went very well. The score was eventually recovered but only after the concert, so he had to rewrite a lot of it and that’s why we had to go to his house to practice the night before the concert. It was very exciting.”

The Nov. 20 concert will include a performance of “Vita Borealis,” written by Vancouver-based composer Farshid Samandari. The piece, inspired by his interest in spectral music techniques and the customs of the First Nations peoples of the Canadian North, was commissioned for the BSQ and will be performed in Surrey for the first time.

On film, Borealis String Quartet is featured in Vancouver filmmaker Trevor Meier’s “A New Economy,” a documentary that shows “several organizations that strive towards building a more co-operative future by rewarding human effort fairly and proportionately,” according to a bio for the film. “By putting humanity before the bottom line, these revolutionary businesses are creating a more people-friendly future.”

The film, which will be shown at Vancouver’s Rio Theatre on Tuesday, Nov. 15, also features Solefood Street Farms, London Brewing Co-op and Sensorica. The event includes a post-screening Q&A session with Meier.

For details about BSQ, visit Borealisstringquartet.com.

New park to be built in Clayton Heights

City of Surrey asking for feedback from Clayton residents

Kaleb Borg is the highest Rock player selected, going in the second round to the Coquitlam Adanacs

Henry said 69,746 people have received their first dose of the COVID vaccine.

B.C. Ministers say education “a powerful tool” in the fight for equity and equality

Almost $5 million of books, DVDs, and ebooks to be purchased in 2021

BC SPCA calls for ban on exotic animal trade after 50 parrots, toucans pass through YVR

One toucan was found dead and several others were without food