SURREY — Daniel Cook couldn’t wait to watch Killing Gunther, the new Arnold Schwarzenegger movie, so he dialed it up online prior to its official release date of Oct. 20.

Scenes for the action/comedy were filmed in August of 2016 at Donegal’s Irish House, the pub Cook operates on 96th Avenue.

“There’s quite a bit of the pub shown in the movie, maybe about 10 minutes (of movie time), both inside and outside the bar,” reported Cook.

“It was cool, too, because they didn’t really change the bar either. They took down a couple things that didn’t fit in with the branding or the look, but otherwise the bar is unchanged. You know, the menus they’re looking at on the tables, those are our menus, and you can see our little calendars on the tables. It’s really quite cool.”

Scenes for Killing Gunther, originally titled Why We’re Killing Gunther, were also filmed in downtown Cloverdale. A trailer for the movie shows car stunts done there, along with explosions and gunfire.

Written and directed by Taran Killam, the movie follows a group of assassins fed up with Gunther, considered the world’s greatest hitman. They decide to kill the elusive guy, but their plan turns into a series of bungled encounters as Gunther seems to always be one step ahead.

Schwarzenegger himself was not in any of the scenes filmed at Donegal’s, Cook said.

“He’s referenced a lot in the movie early on, but you don’t see him until quite awhile into it,” he explained. “The point of it is, he’s an enigma, he’s just this guy, an amazing assassin, and that’s part of why he’s so amazing – nobody knows who he is and he’s always in disguises and so on, and they’re trying to find out who he is so they can kill him.”

For the film shoot, the pub was closed for a full day – from around 6 a.m. until 1:30 a.m. the following day. Cook got to hang out there all day, sat in as a background extra in a couple scenes and was even part of the champagne toast with the cast and crew when they did the final wrap.

“This was our first filming at all, actually, and it was a lot of fun and I’d love to do it again,” Cook said.

“It’s instantly recognizable as Donegal’s in the movie,” he added. “I really thought that was quite neat, although the end credits, they credit us as Doolin’s Irish Pub, not Donegal’s. I was a little burned about that – like, c’mon guys. I’m going to reach out to somebody about that, because that kind of sucks, but anyone who knows us, they know it’s our bar, no doubt about it. There’s no confusion. My name is there, which is cool, but just the wrong pub name.”

Overall, Cook said he enjoyed the movie, which has received some mixed reviews.

“It’s not your typical action movie, but it’s funny in that mockumentary style,” Cook said. “I was watching the preview for it and I was kind of confused, it seems a little odd, but they’re documenting their adventure trying to get this guy. I laughed quite a bit, and I thought Arnold actually did the comedic part quite well. I thought he was quite good, I was surprised.”

• READ MORE: ‘Why We’re Killing Gunther’ filming in Cloverdale this week, from August 2016. 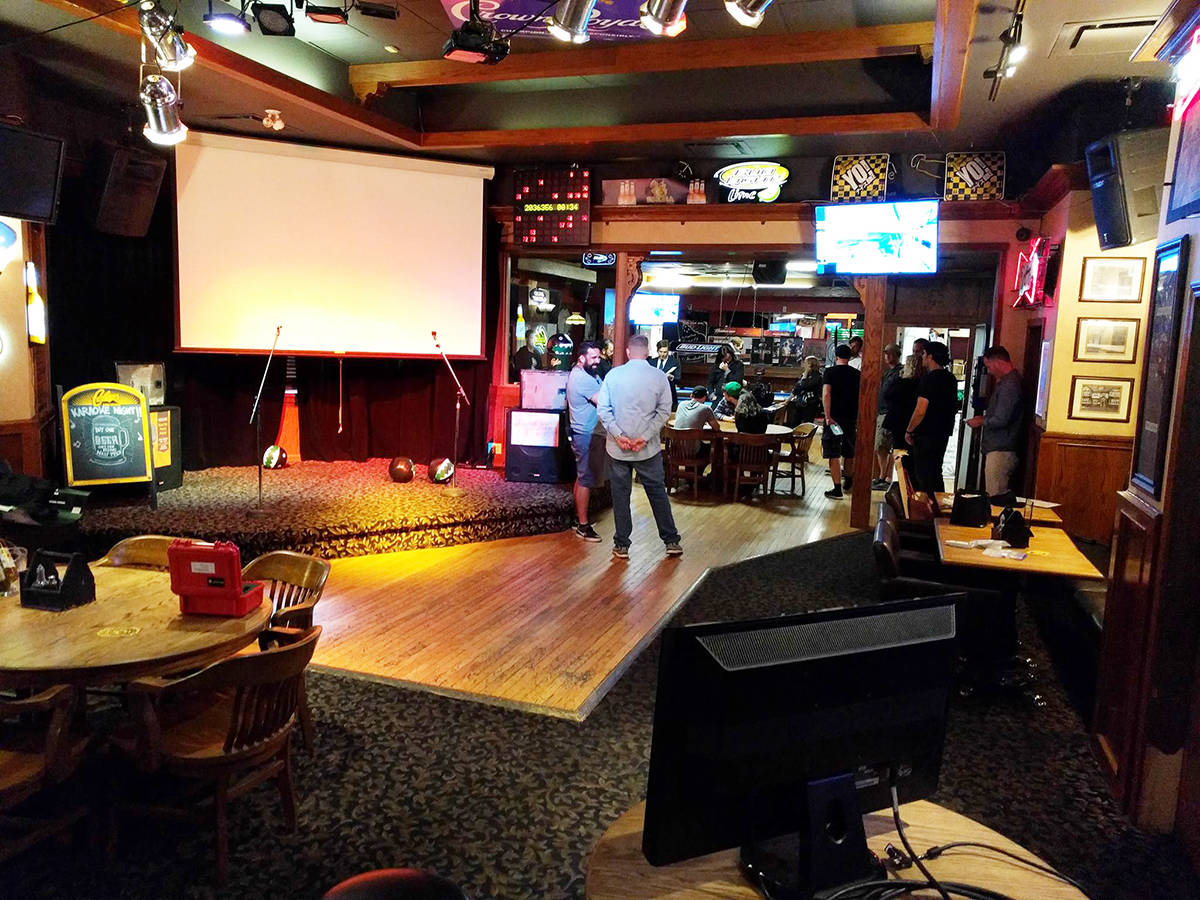 Inside Donegal’s during shooting of “Killing Gunther” in August of 2016. (Photo: Daniel Cook/submitted) 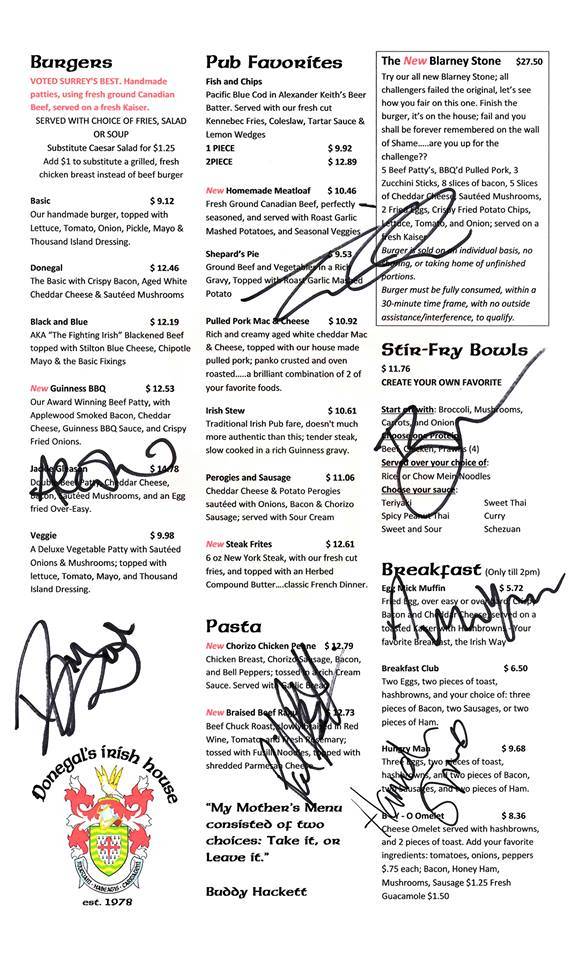 Autographed Donegal’s menu following the filming of “Killing Gunther” there in August of 2016. (Photo: Daniel Cook/submitted)