Chilliwack School Trustee Barry Neufeld announced Tuesday he will be voluntarily stepping back from some of his duties, following his controversial statements regarding a new teachers’ resource.

The resource, SOGI 123, educates teachers on how to address LGBTQ2+ issues in the classroom. It includes a glossary of different gender identities, and provides age-appropriate lesson plans for Kindergarten through Grade 12. It is approved by the Ministry of Education, and conforms to the new B.C. curriculum.

The news that Neufeld will quit his committee work came out of a question period at the beginning of this week’s board. At the same time, a rally of about 350 people to support teachers and students carried on outside the board office, with horns honking, rainbow and BCTF flags waving, and First Nation drumming.

Clint Johnston, 2nd VP for the BC Teachers’ Federation and former president of the Chilliwack Teachers’ Association (CTA), asked the board what they intend to do “when you have a member of your board actively working contrary” to the board. Neufeld spoke at Christian-based, right wing rally last week against SOGI 123, and has stated that those who support children who are transitioning are committing child abuse.

“To have one person who is my employer stating that, should I teach SOGI in my classroom, I’m a child abuser, I think that crosses all sorts of lines,” Johnston said. “I don’t really understand why it hasn’t been addressed by the board, and in my opinion even higher powers than the board.”

Board chair Paul McManus said the board’s “commitment to you is to move forward.”

“Because I put the board in an awkward situation, I have voluntarily withdrawn from any committee involvement and liaison schools for the balance of the term — which is about 10 months I believe,” he said.

He was asked later in the meeting, during the second question period, what he would be doing as a paid trustee during that time. Parent Mallory Tomlinson said her children have been directly affected by Neufeld’s statements. She also asked if he would run again, to which he stated he would.

He also dialed back previous statements against SOGI 123.

“I believe that there are many good parts in the SOGI agenda but I think there needs to be some work done on it to make it acceptable to all members of our community,” he said. “The one thing that I’m really concerned about is if we implement this program, is that all parents, not just activist parents, are not just aware of it but part of it.”

Neufeld said his job will consist of “the usual trustee activities, however I will have a bit more time now to do research into the agenda items that come up for the regular board meeting.”

He was on the scholarship committee and the education policy advisory committee. He will also not be attending the BC Provincial Council in February. His liaison schools were Evans Greendale and Sardis Elementary, A.D. Rundle middle and Sardis secondary.

The rally that was taking place outside the board office on Tuesday night was a pro-LGBTQ rally, and pro SOGI. It was a large group of about 350 parents, students, teachers, staff and community members, holding large rainbow flags, handmade and printed posters, with slogans like “Hate Cannot Educate” and “Christians Support LGBT Kids.”

The rain held off for the rally, which lasted almost four hours. A few people from the rally came inside to take in the board meeting. Throughout the meeting, honking cars and cheering could be heard. Joining the rally participants was Vancouver’s Morgane Oger, a transgender advocate and the B.C. NDP’s vice-president. She approached Neufeld prior to the meeting and reminded him that she’s offered up a phone call to talk about transgender issues — an offer he has not yet taken up.

He has also not yet responded to requests from The Progress to discuss his views. 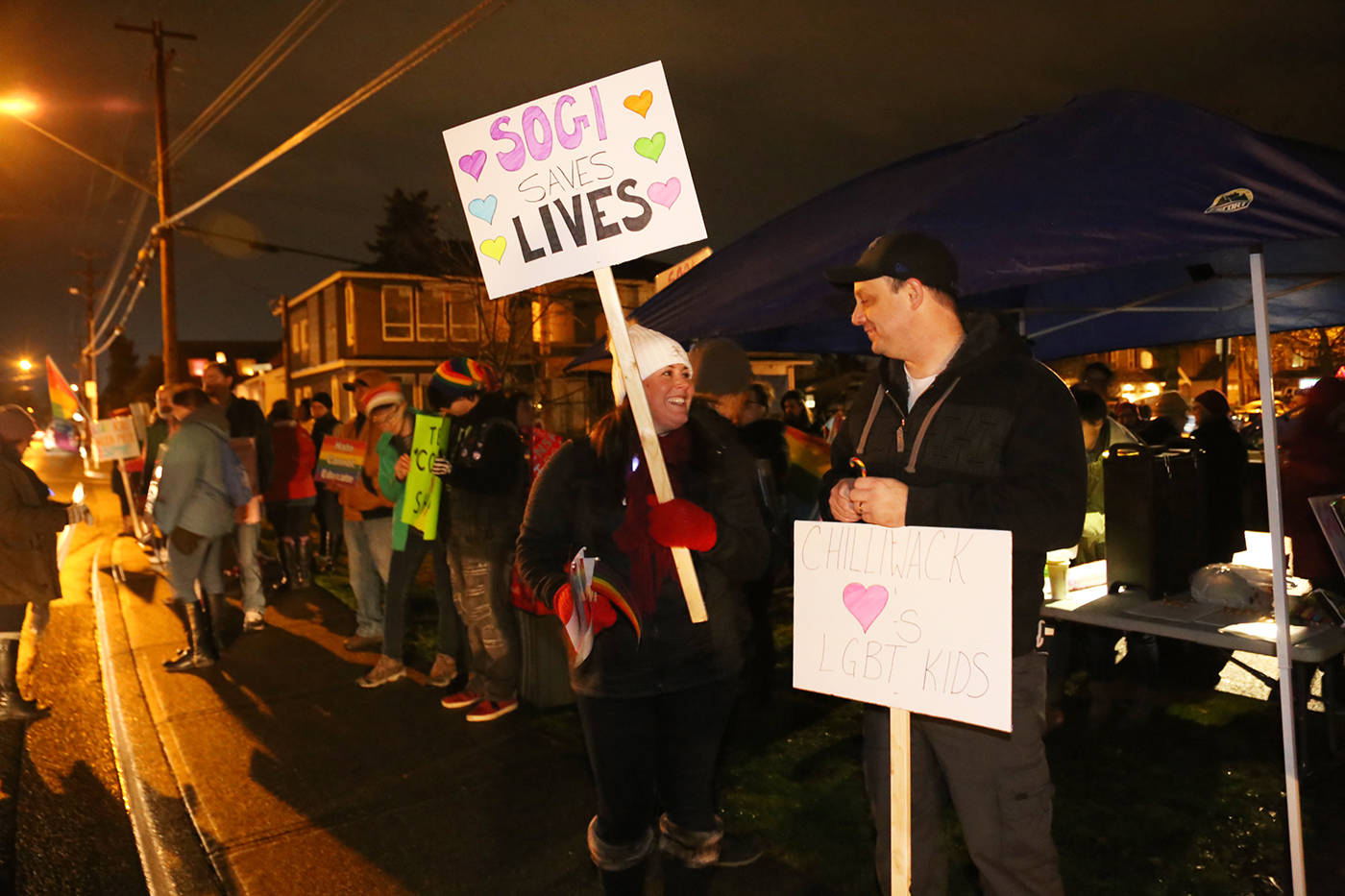 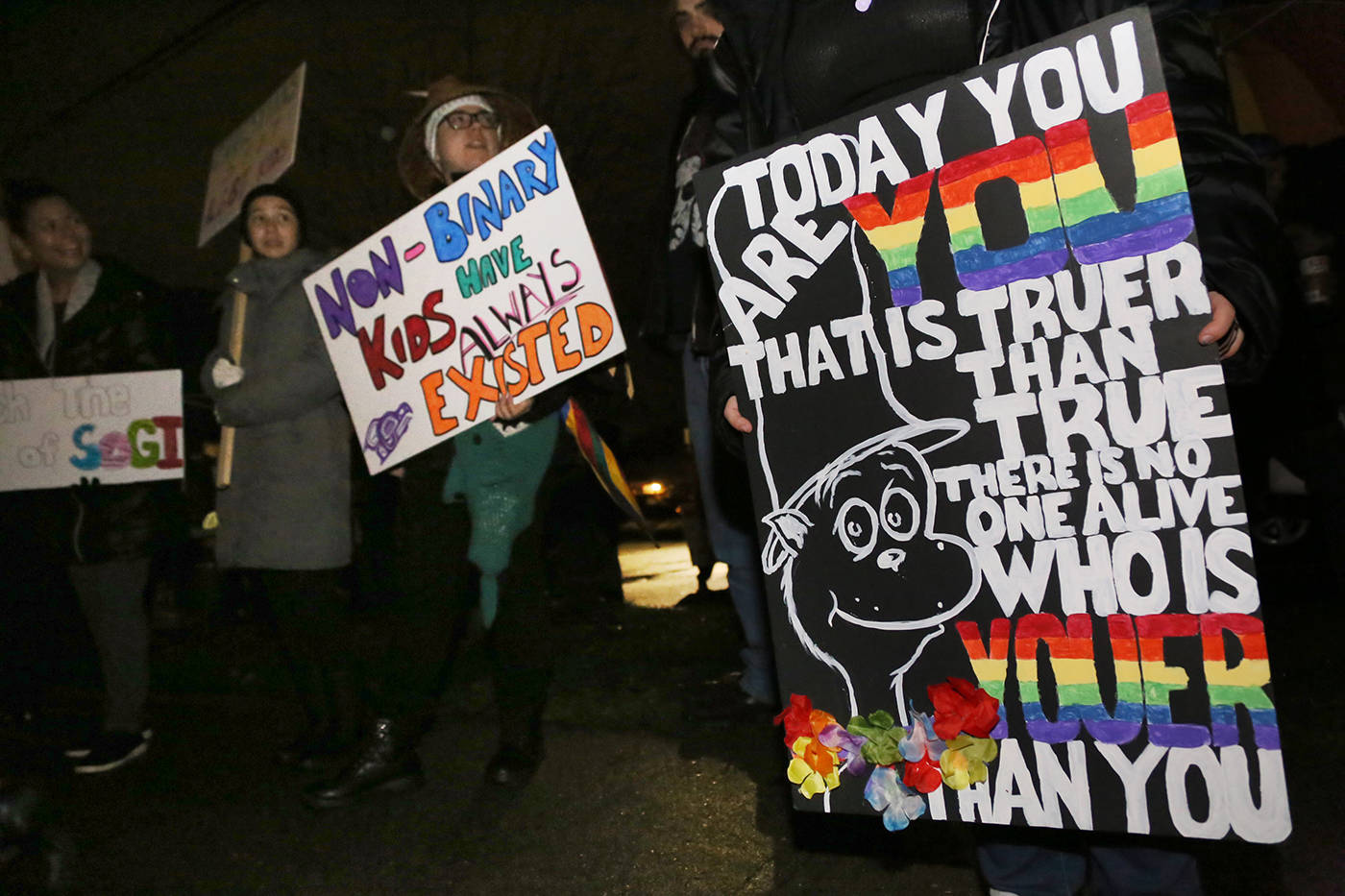 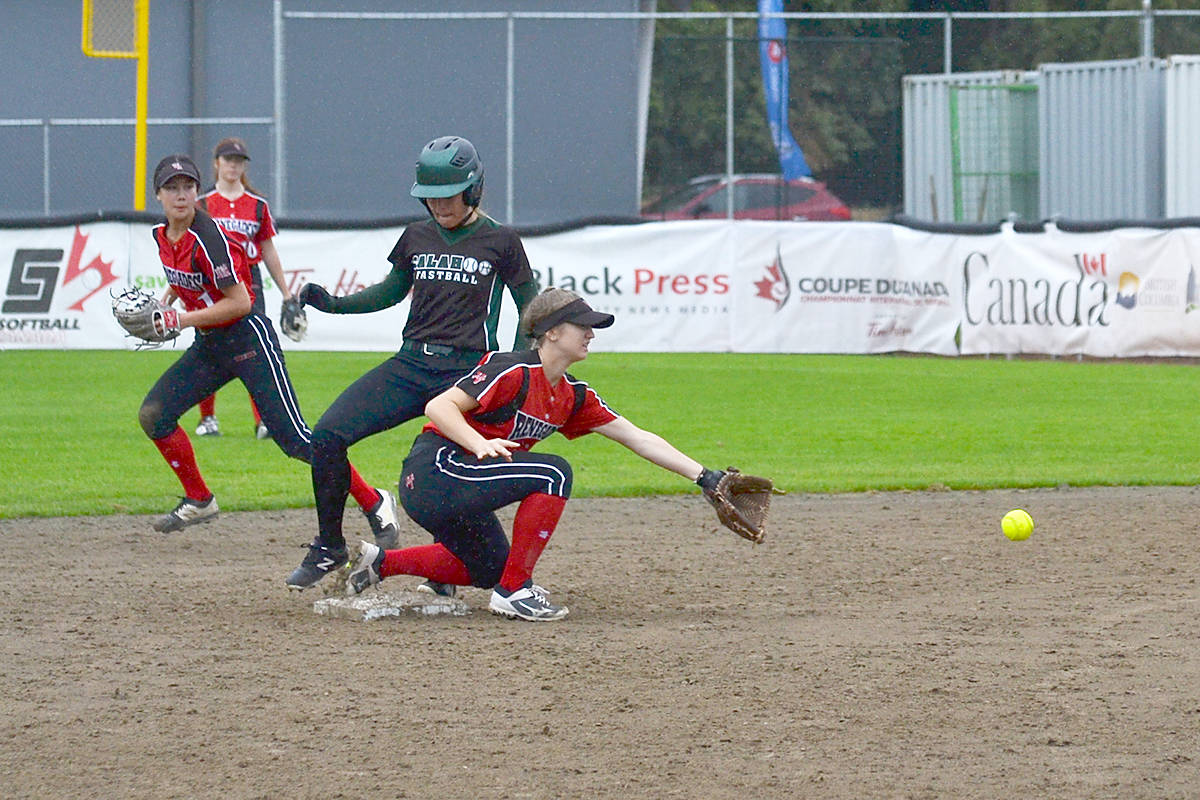 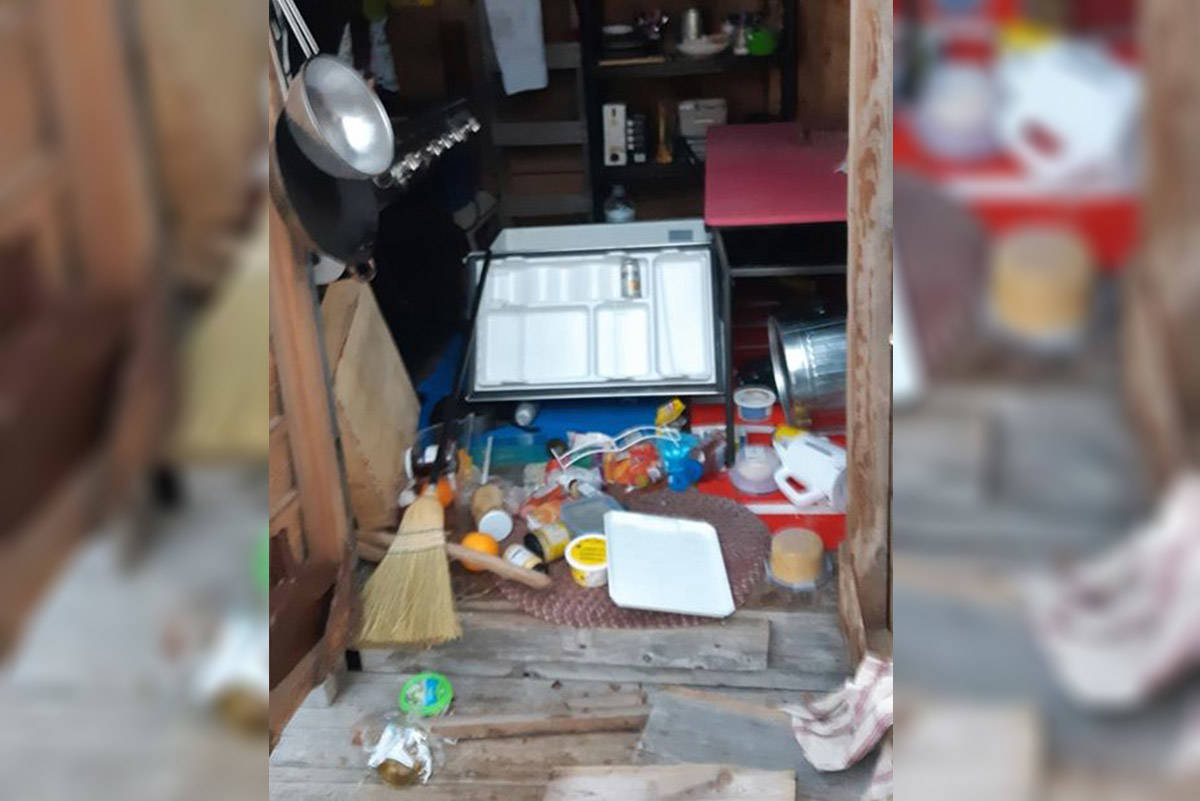 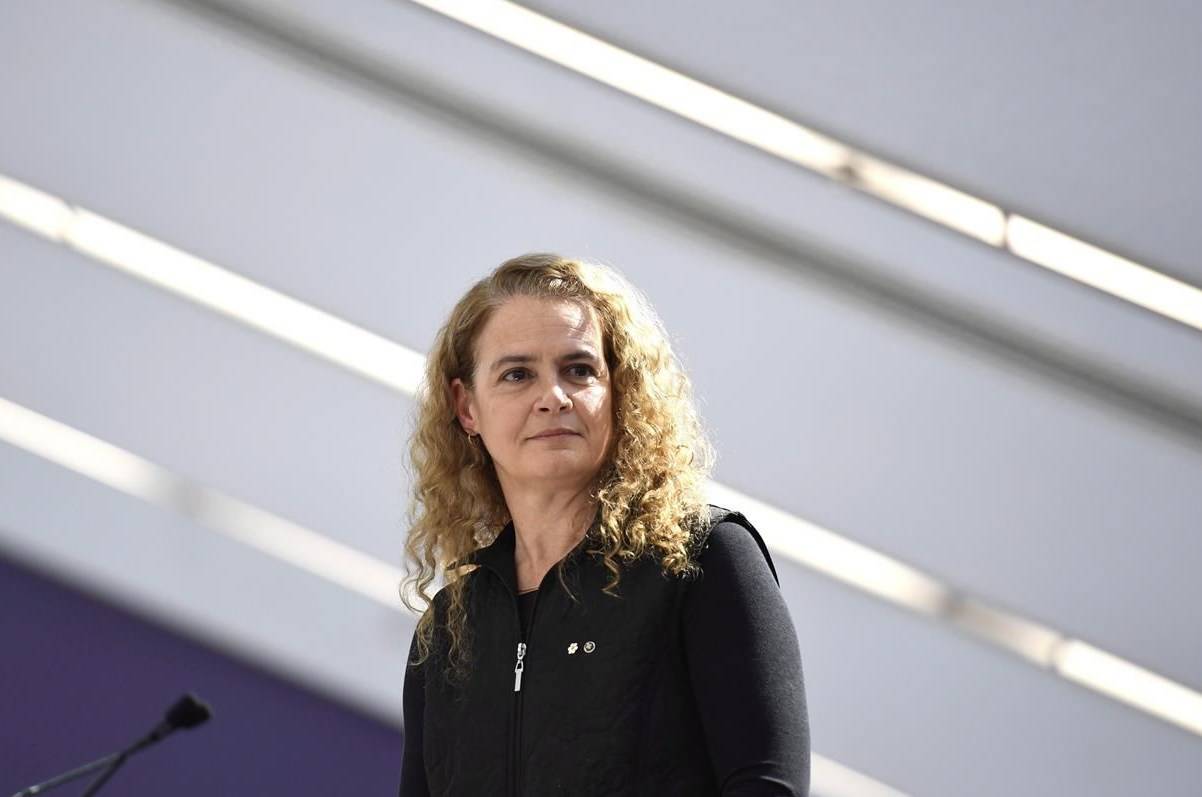 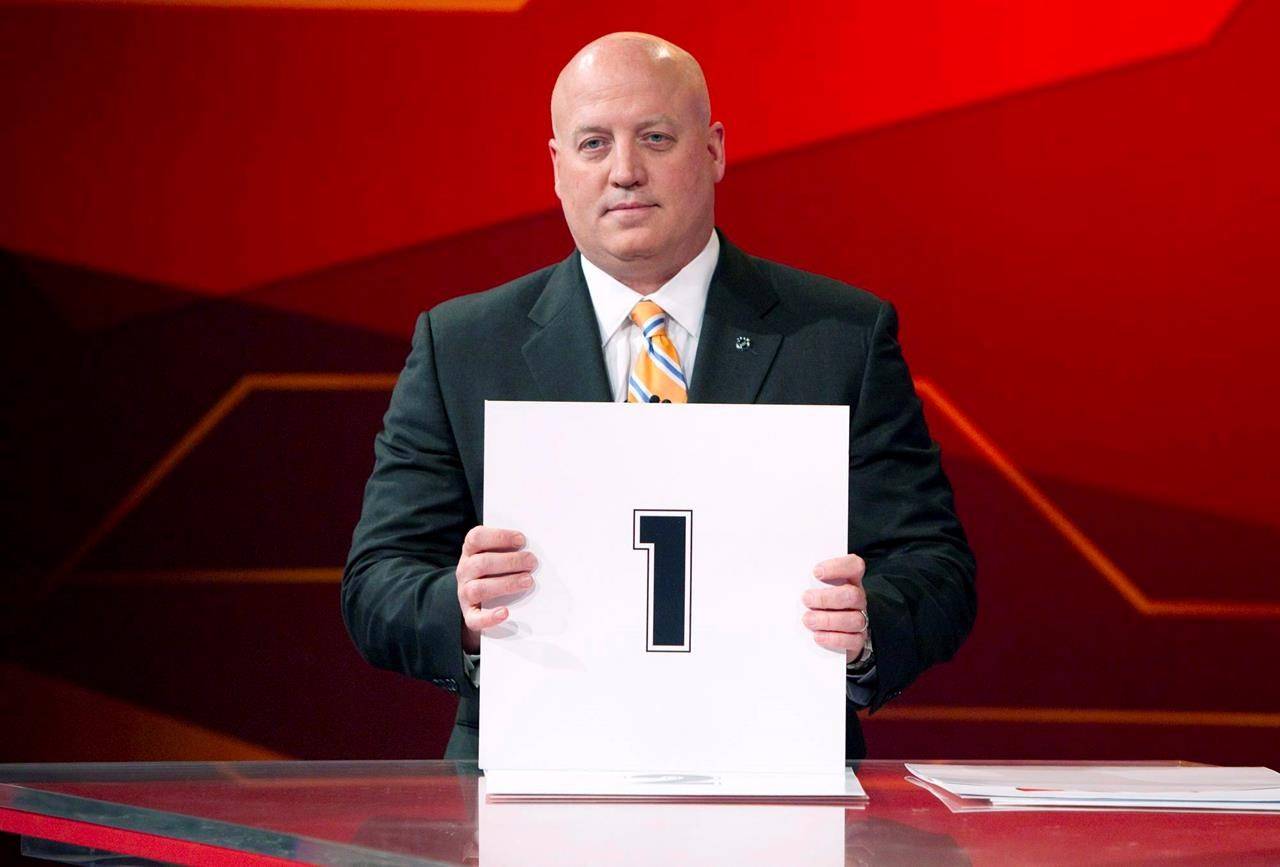 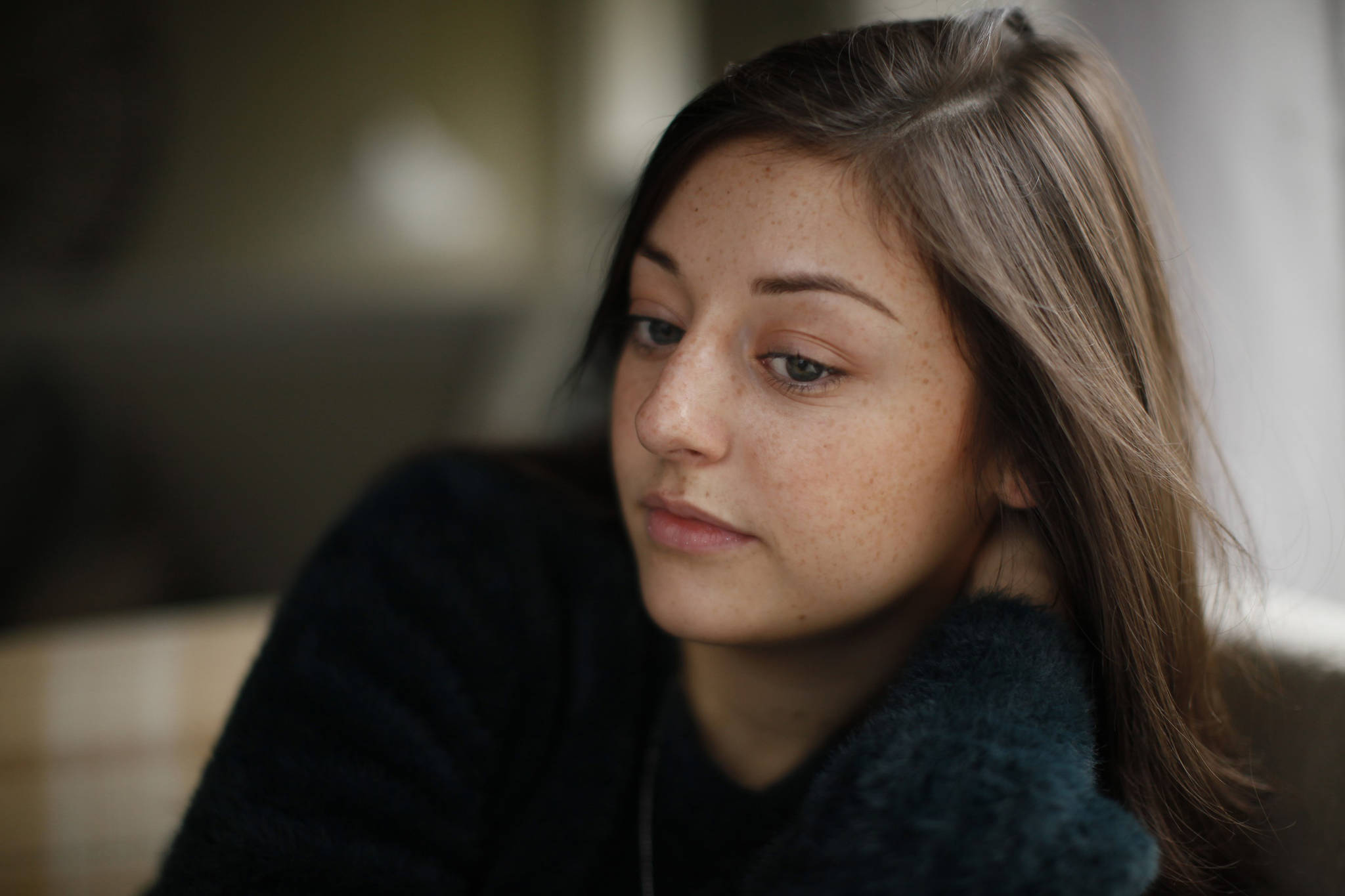