Ves Vukovic gets emotional when talking about the young tree that has grown where Charlie’s Tree once stood.

“I got tears in my eyes seeing that when I was passing by,” Vukovic said after he recently visited the site on Highway 1, in the Port Kells area of Surrey.

“It’s difficult to park there,” he continued, “but the tree is there, growing. For me, I saw that tree growing, and it touched my heart.… I come from the part of the world, ex-Yugoslavia, that was impacted by the First World War, a difficult time. All my anscestors were attacked in that war, and (Canada) was an ally.”

The roots of the Charlie’s Tree story were planted long ago on the south side of the freeway, east of the 176th Street overpass.

A towering Douglas fir was given the name “Charlie’s Tree” after First World War pilot Charlie Perkins, who in 1919 planted ivy at the base of the tree in honour of Canada’s fallen soldiers.

Sadly, the aging stump of that centuries-old tree fell in July 2016, causing a tangled mess of ivy and bark on the landmark site.

The old tree was gone that summer, but caretakers of the war memorial soon worked to rebuild it, including Vukovic, a Surrey resident and president of Friends of Old Canada, described on Facebook as “non-profit historic society looking to uncover and preserve lost Canadian stories.”

Even before the original tree fell, the group had planned to put up a stone marker on the site, and the project was later expanded to include replacing the fallen Douglas fir.

“My job was to make monument on behalf of Friends of Old Canada and bring the stone there,” Vukovic recalled. “The words on the monument are from Mike (Perkins), who is Charlie’s grandson. It was great pleasure to have met those people. For me, it’s with glowing pride that I met someone who is such a true Canadian, the family members of (Charlie).”

The chest-high granite marker features the following words, in English and French: “The ivy planted at the base of a giant Douglas fir on this site was a memorial to North American WW1 Royal Flying Corp pilots. The pilots were trained in Canada and the United States by lifetime British Columbian Charlie Perkins, the man behind the memorial.”

Today, a flag pole stands next to a “Charlie’s Tree” sign, a few feet from that growing young tree.

Turns out, it’s the second tree planted on the site in recent years.

“The first tree planted there wasn’t doing well and died about a year ago, and it was replaced again,” said Kevin Antrobus, commanding officer of Surrey’s 767 Dearman air cadets, who maintain the site.

“A new tree was planted in the summer of 2019,” Antrobus added. “This one is doing better. We bought watering bags for it to make sure it gets through dry spells.”

• RELATED STORY, from 2018: Guardian of Surrey-Langley war memorial to get memorial of his own.

The cadets stepped up as site caretakers following the retirement of longtime volunteer Dave Manson, who died in 2018. For more than a decade, Manson drove from his Langley home to the site every two to three weeks to cut the grass and repair the fixtures, after he grew tired of seeing how neglected and overgrown the memorial had become.

“Our cadets are out there in the summer months, every week or two, and spring and fall as needed, after wind storms,” Antrobus explained. “When our officers drive past and see some work needs done, we get it done.” 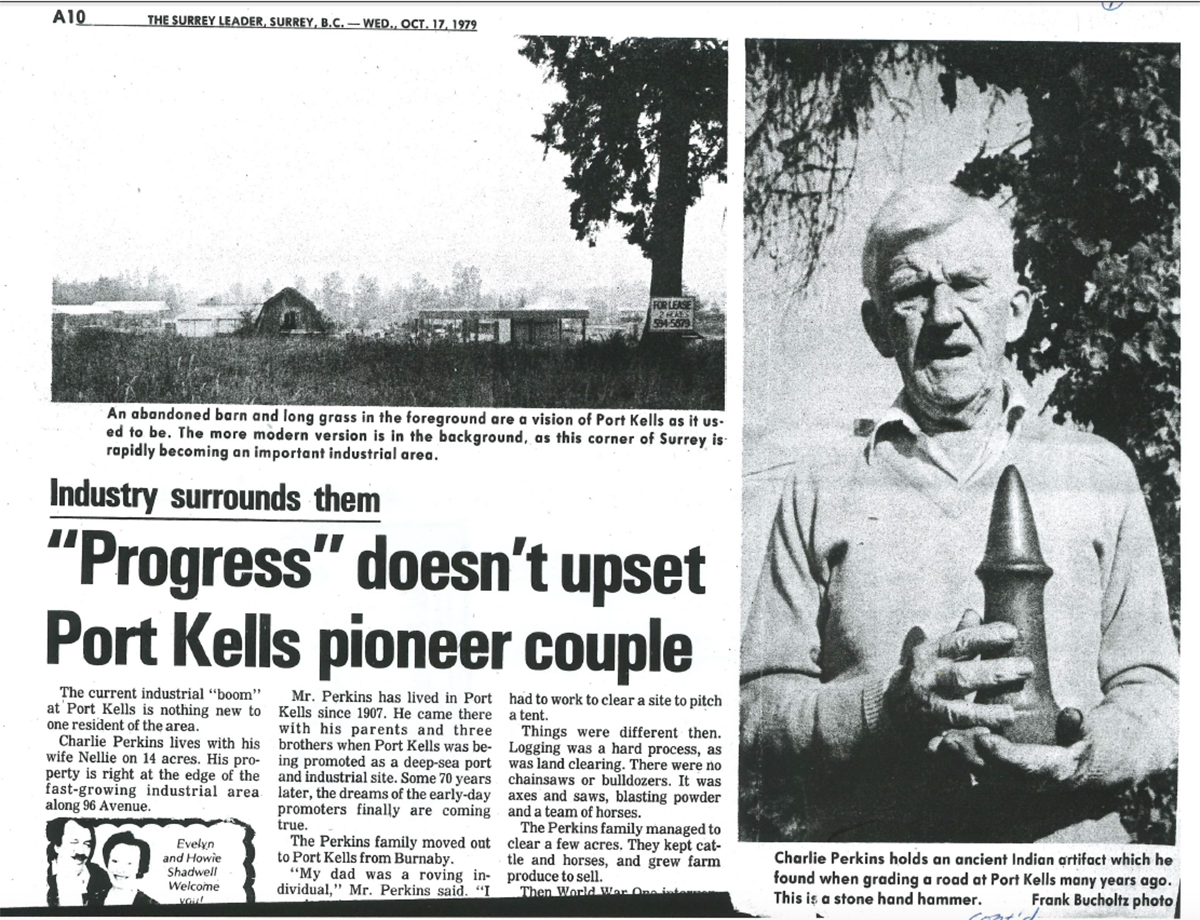 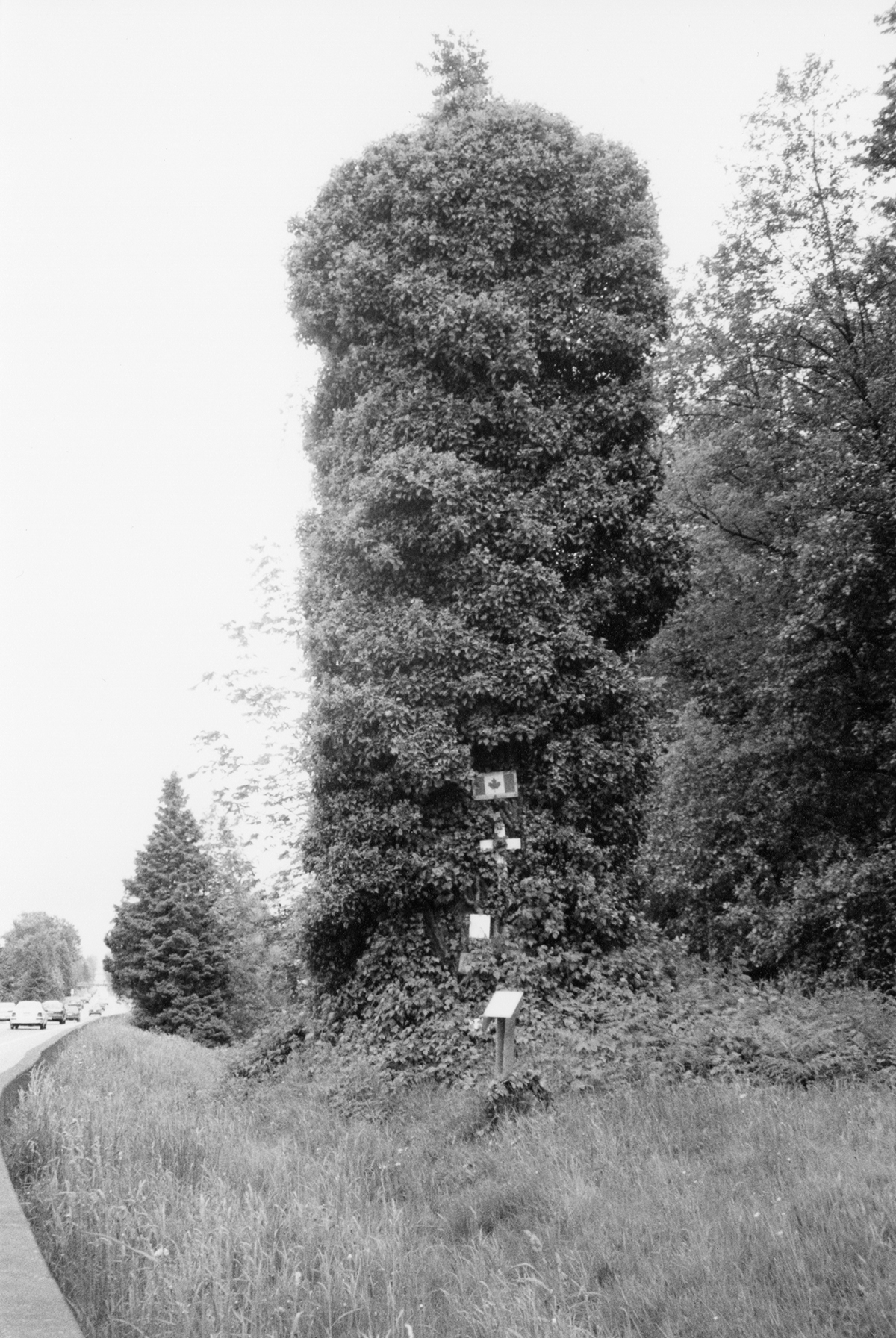 During construction of the freeway in 1960, the plan was for the road to run through the site, located on the Perkins family farm, and the tree was to be cut down.

However, Perkins and his friends protested the tree’s removal, causing the government to re-route the highway around the memorial. A visual bend eastbound on the highway can still be seen today.

Many years ago, the original tree was set on fire by vandals and needed to be topped, but the main trunk of the tree and the memorial survived.

Amazed by the story of Charlie’s Tree, Vukovic likes to set the record straight about the original tree.

“It’s a special place, that’s for sure.”

City of Surrey to officially open the Clayton Community Centre