Imagine having a massive “rock tree” on your front lawn.

In another Surrey subdivision, behold “Red Cedar Stump,” no less than nine metres in circumference.

Located at 8920 Queen Mary Boulevard, in the Kennedy area north of 88th Avenue, “Red Cedar Stump” is what remains of Surrey’s old-growth forest, of a tree estimated at 500 to 1,000 years old.

A woman who apparently lives in the house there wasn’t all that keen to talk about the four-metre-tall stump when the Now-Leader came knocking.

“Somebody from the city comes to take care of it every so often,” said the woman, who didn’t give her name. “That’s all I know about it.”

Longtime Surrey resident Annie Kaps says the huge stump is on land once owned by the Kekich family.

“As a child, I recall the Kekich family using the hollowed stump to house farm implements, seeing the shovels, hoes, rakes. It was never used for animals,” Kaps wrote in an email.

“Always thought that, if it were across the street on the Cindrich farm, we kids would have found it a lot of fun for ‘run sheep run’ or ‘hide and seek.’” 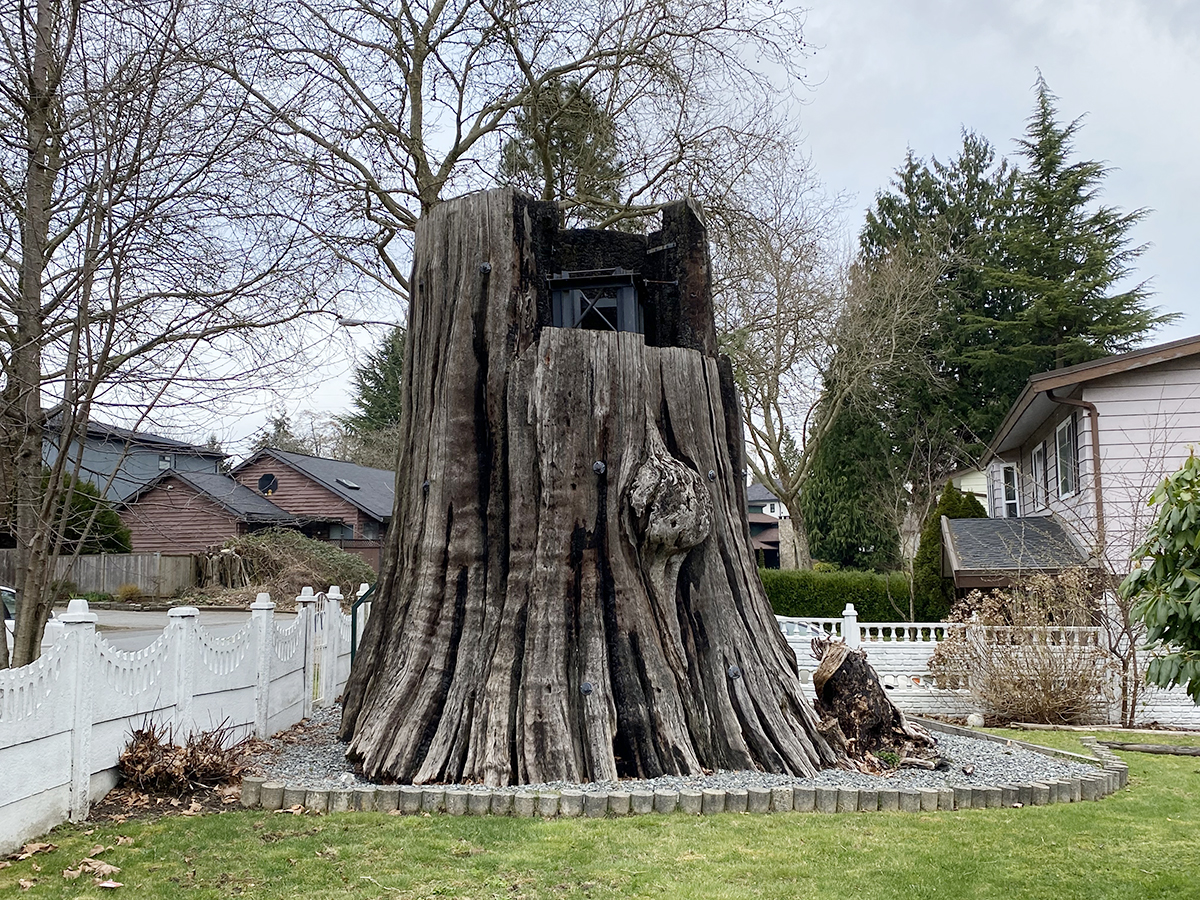 ABOVE: Another view of the “Red Cedar Stump” at 8920 Queen Mary Boulevard, Surrey. (Photo: Tom Zillich)

Today, the stump is supported by an inner metal skeleton and includes a locked “gate” on hinges. Out front, a heritage storyboard proclaims it “a lasting reminder of Surrey’s logging history.”

“The heritage value of this Western Red Cedar stump lies in the fact that it is a remnant of the first growth trees in North Surrey, representing the landscape of pre-European settlement,” notes a post on the historicplaces.ca website.

“Forestry played a crucial role in Surrey’s settlement and development, and the Red Cedar Stump is evidence of the extent of the local logging industry in the early 1900s. It was the high quality of Surrey’s forests which attracted many people and a number of logging and milling firms, to the district. It is estimated that the tree was over 500 years old at the time it was cut.

“This stump provides some context of the size of the trees cleared by the early loggers. It has springboard markings that were notches cut into trees allowing loggers to insert a board and stand higher up off the ground to cut the tree.” 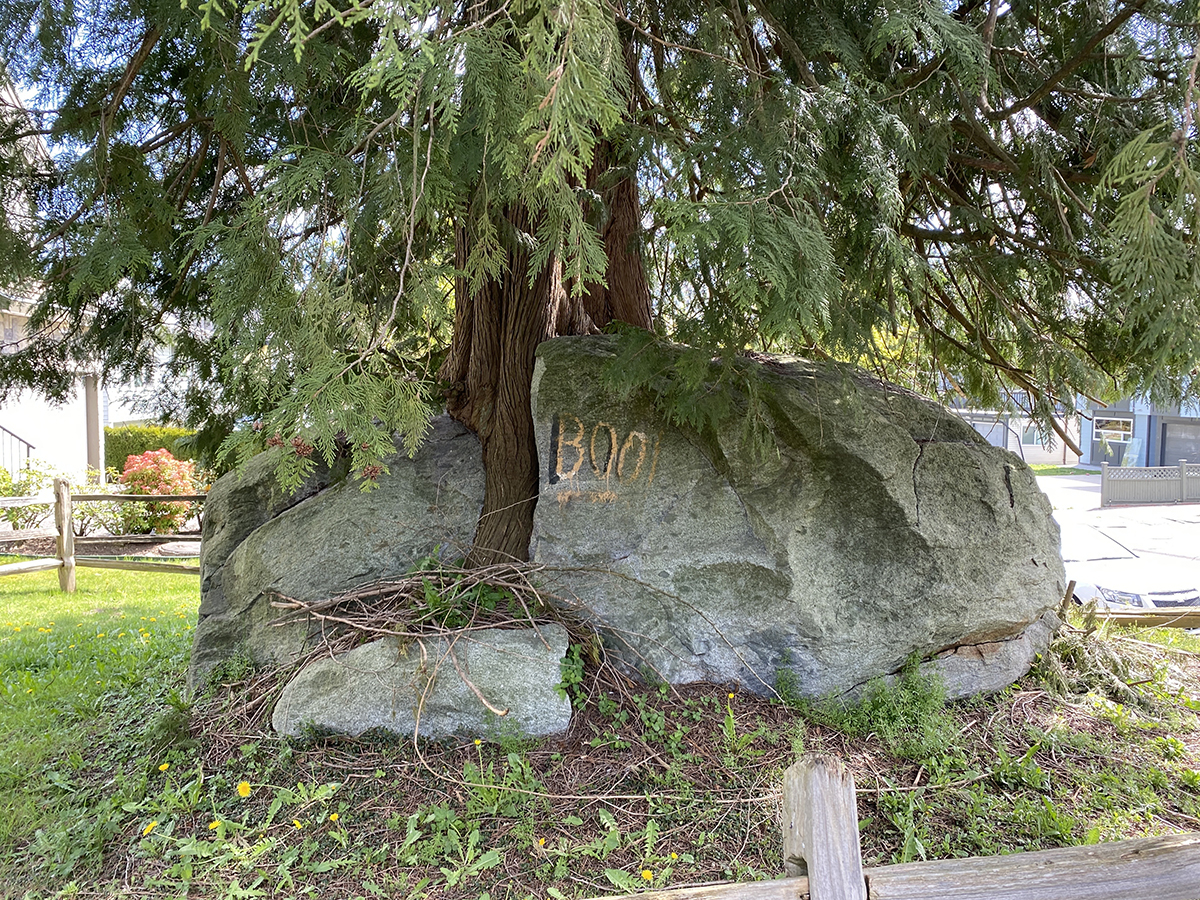 “The Rock Tree is a native mature Western Red Cedar growing out of a split glacial erratic boulder that is approximately two metres by three metres in size,” says a post on historicplaces.ca.

“The Rock Tree sits within a six-metre circumference fenced preserve, close to the street and surrounded by open space, that straddles the property line between two houses in a residential development. The Rock Tree is significant as a rare example of a large native tree growing out of a glacial erratic boulder.

“Today, local First Nations people consider this tree to have spiritual significance and have given it the name ‘Th’exsiyamia,’ whose name means ‘pushing forward great respected one.’”

Surrey Now & Then is a look back at Surrey-area landmark sites, events and people.

We thank Surrey Archives for assistance with this series.