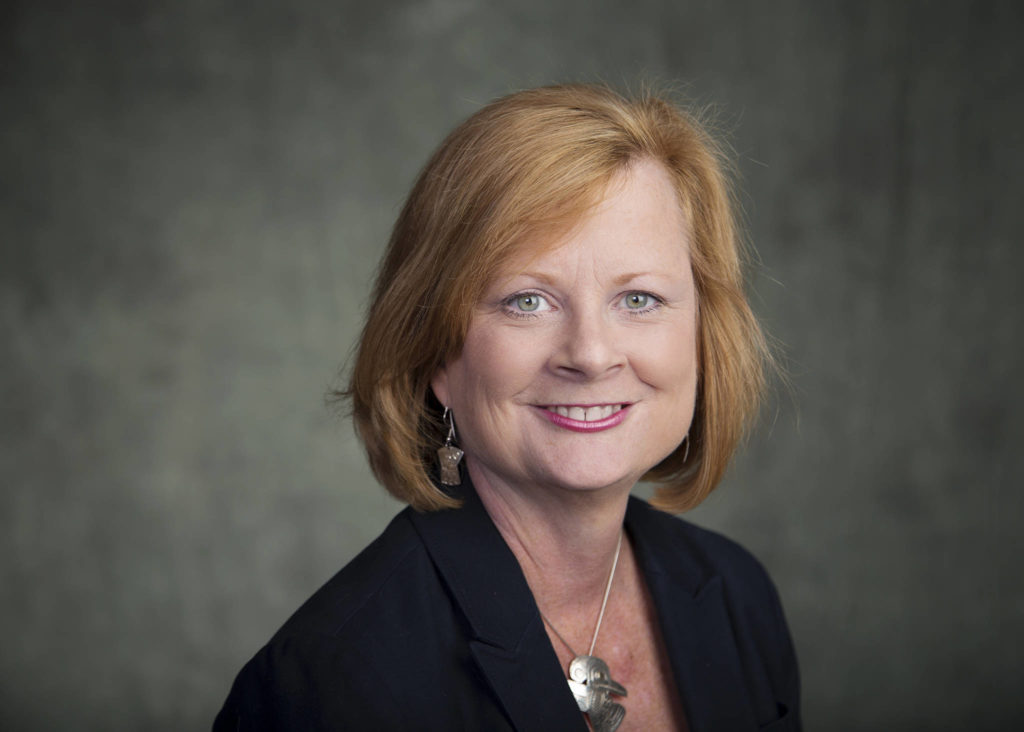 Tracy Redies, Liberal MLA for Surrey-White Rock, has announced she is stepping down from her role to become CEO of Vancouver’s Science World.

Following a recent health scare, Redies told Peace Arch News the move offers “an exciting opportunity” that will enable her to spend more time with her family.

It’s been a profound privilege to represent SWR the past 3 years & a difficult decision to step down to become CEO of Science World. I’ve gained a deep appreciation of how special these communities are. I would like to thank all of my constituents for their support over this time

Last September, Redies was hospitalized with heart failure and hepatitis. Doctors have told Redies her heart is now functioning at two-thirds its normal capacity, which the MLA describes as “an amazing recovery.”

Redies will continue to serve as MLA for the riding until Aug. 31, before taking up the reins at Science World on Sept. 14.

Following her departure, Redies said, Liberal MLA for Surrey South, Stephanie Cadieux, will handle constituency business and field questions and concerns related to the riding until a new MLA is elected in an as-yet-to-be-scheduled byelection.

“As a colleague, I’m very sorry to see her go – I’ve loved working with her,” Cadieux commented.

“Given the changes in her life recently, I understand why she made the decision. She’s been a terrific representative for the people of White Rock and a terrific addition to our firepower in caucus.

“Science World deserves a great CEO – and that’s what they’re getting.”

Elected in 2017, Redies has been serving as official opposition co-critic for finance. Before entering the political arena she spent more than 25 years in financial management, including serving as CEO of Coast Capital Savings and as a senior executive with HSBC.

While currently residents of Langley, Redies and her husband George first moved to the South Surrey and White Rock area in 1989, and raised their three daughters and one son here.

“It’s been a really difficult decision to make,” Redies said of her retirement from political life.

“What I’ll miss most about being an MLA is the day-to-day working with the community and the constituency and getting to know people in ways I would never have done otherwise,” she said.

“There are so many people from all walks of life that care about this community and I think that’s what makes it so special.

“I’ve made some great friendships that I hope will continue, and I’m also planning to stay on the board of the Sources Community Resources Foundation. I plan to continue support the community as much as I can – I just won’t be the MLA.”

“We all come from very different backgrounds, but the common thing we share is caring about the community,” she said.

Among deciding factors for the move, she noted her “serious health scare” last year, and the fact that George, who helms a produce distribution company in the Yukon and Alberta, travels some four months of the year.

Prior to her health challenges she was also spending much of her time commuting back and forth to the Legislature in Victoria.

“One thing I’ve learned over the past year is that life can be very fragile,” she said. “And sometimes it can give you a big smack in the face.”

She said she is tremendously grateful for the doctors and medical staff at Peace Arch Hospital and VGH (“they saved my life,” she said) and the support she recieved from friends and constituents and her colleagues in the legislature, not only within the Liberal caucus but also from “across the aisle” in the other parties.

“After everything that happened, and now, with COVID, it seemed that when this opportunity (with Science World) came up it was the best thing for the family,” Redies added.

Describing her new job as “a fabulous opportunity,” she said the hire is a departure from Science World’s usual policy of choosing executives with a science background, but that she feels her financial background will be useful in helping guide the organization “through the pandemic and into a post-pandemic future.”

Although it has been closed since the onset of COVID-19 in March, Redies said Science World will be re-opening to the public on a limited basis in August, “with a view to opening up in the fall.”

It received close to a million visitors last year, she noted, not only providing a strong financial base moving forward, but reinforcing its position as one of the major science museums in the world.

Although COVID-19 curtailed physical visits, the museum has been in the forefront of providing streaming and delivered education to students in B.C., she said.

Reopening to the public poses some complicated challenges, she said, since many displays are typically very “hands on”.

But Redies said she feels Science World’s museum’s role in providing educational resources and engaging interest in the sciences – particularly among the young – is “very important for B.C.’s future.”

“It’s a challenging time right now, but I’m hoping I can continue to make a contribution to the province in this way,” Redies said.

Warrant extended Canada-wide for man charged in relation to kidnapping, assault in Surrey