A passenger rail stop just south of the U.S. border in Blaine is once again a hot topic – but supporters say B.C. is dragging its heels on a key component of moving the idea forward.

“I’m getting a little frustrated as a merchant and as a citizen. And it’s such an obvious winner, for everybody in the whole region.”

The campaign for a passenger rail stop in Blaine has been ongoing for several years, and gained a little steam in 2012, when councillors from Surrey and White Rock crossed the border to back a plan that would revive the station as a stop on the Vancouver-to-Seattle Amtrak service.

Four years later, economics students at Western Washington University compiled an online survey to help determine potential ridership that would be attracted by such a stop.

According to officials with All Aboard Washington, the survey – which Canadians South of the Fraser were encouraged to participate in – “was pretty affirmative.”

It showed “that the overwhelming bulk of ridership… would come from north of the 49th and south of the Fraser River,” AWA executive director Lloyd Flem told PAN last month.

“It wouldn’t be just for the little town of Blaine.”

Right now, there is no stop between Vancouver and Bellingham. Flem said AWA members believe it would be “very worthwhile” to add stops in both Auburn and Blaine.

However, last December’s fatal Amtrak crash near Olympia – in which three people died on the inaugural run of a new passenger rail route – pushed the discussion to the backburner.

Flem confirmed the interest in a Blaine station stop on the Amtrak Cascades was brought back into focus during a meeting Oct. 10 at WWU.

A key sticking point, he said, is the lack of investments from the provincial and federal governments north of the border.

“I would ask your premier, really politely,” Flem said, noting there has been “very, very, very little” investment by Canada in the past two decades.

Last March, the provincial government contributed $300,000 towards a business case study of a high-speed rail link between Vancouver, Seattle and Portland.

High-speed rail is “a grand idea but extraordinarily expensive and not likely to occur in the lifetime… of anyone over the age of 65.”

“In the meantime, we should be working on something… more doable and practical and much lest costly.”

AWA is “certainly going to be observing” the high-speed-rail study and “we’re going to say, ‘golly, that’s interesting,’” he said.

But, “we’d like to see more service, service on time, a stop in Blaine, a stop in Auburn.”

He described involvement by Canadian business owners and citizens “clear down to the border” who want the stop as an important piece of the puzzle.

South of the Fraser MLAs also need to speak up, he said.

Flem said round-trips between Seattle and Portland are expected to be added to the Amtrak Cascades by next April. After that, “we are definitely pushing for more service north as well.”

Becht, owner of Horseshoe Coins & Antiques in Blaine, said he has been “pushing for this for years.”

“It would be such a grand project and benefit so many folks on both sides of the border, also Amtrak’s bottom line,” Becht told PAN.

He and other supporters of the project have theorized there could be more than a million riders in Canada’s Fraser Valley alone, seeing the ability for this market to easily access the Amtrak system as a huge potential boost for the Blaine economy.

“This would be one of, if not the, most used passenger rail stops in our state,” Becht said.

Becht noted a pre-customs clearance act has been passed in Washington, D.C. that will eventually allow U.S. customs agents to do their inspections alongside their Vancouver counterparts. 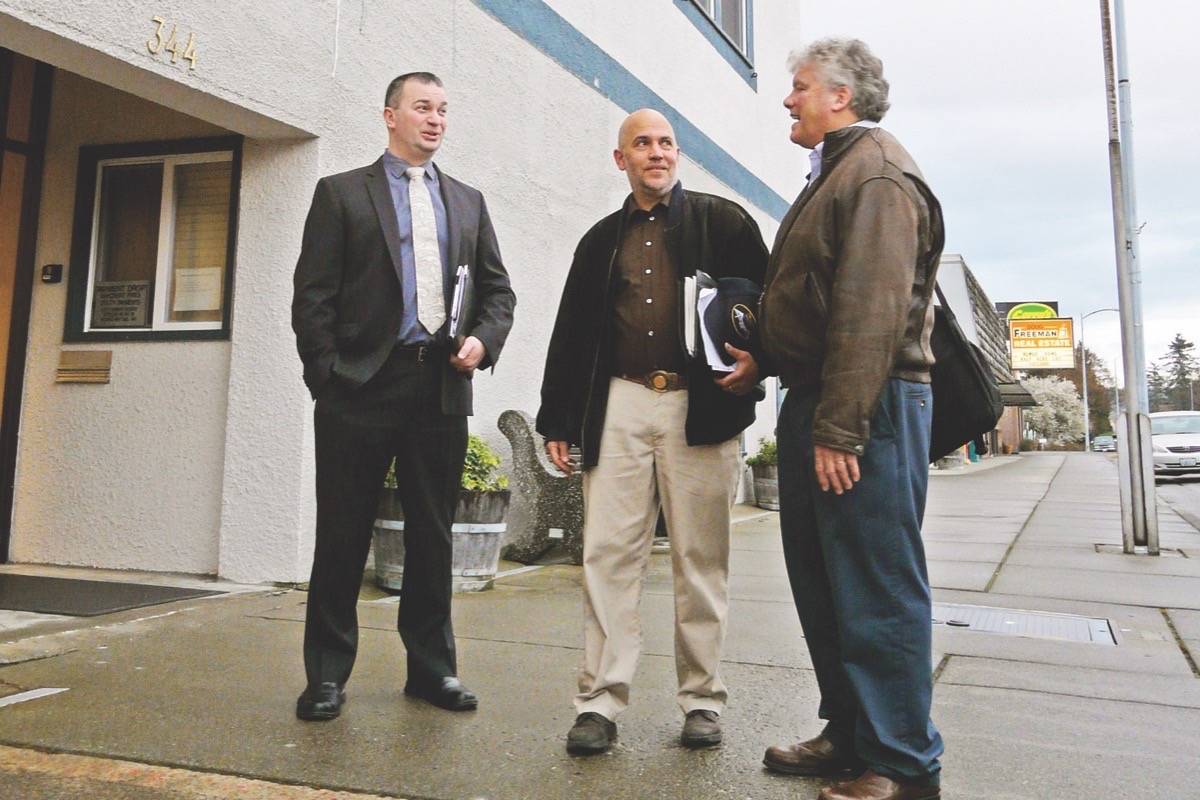 Grant Meyer, train station supporter Bill Becht and Cascadia director Bruce Agnew talk outside Blaine city hall following a March 2012 meeting about a proposal to save the shuttered train station by reviving it as a stop that would cater to train travellers in White Rock, Surrey, Delta and both Langleys. (File photo) 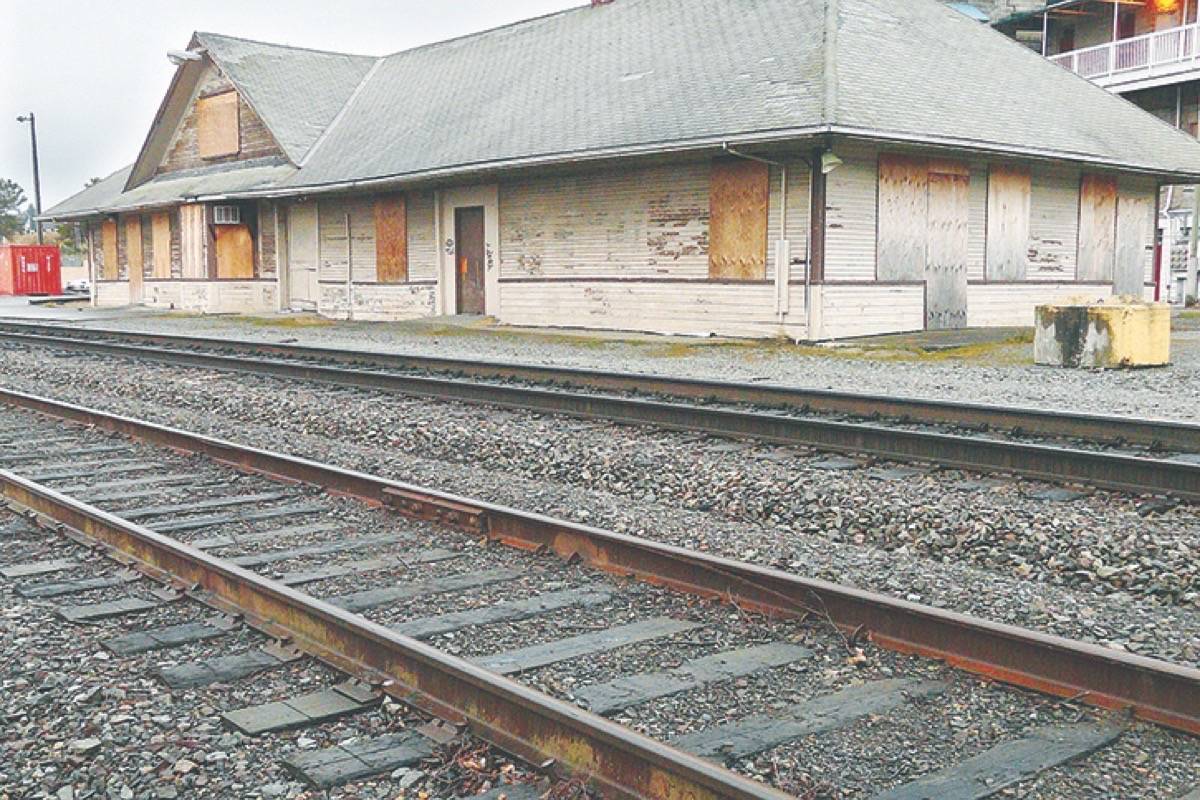 A 2012 photo of the Blaine train station. (File photo)