The Surrey squad was led by Karan Gill, who repeated as provincial champ in his weight class (78kg) and won the Top Male Wrestler award at the 2019 B.C. Secondary Schools Wrestling Association provincial championships.

The Top Female award went to Victoria Seal of Mission.

The Tamanawis boys team won the provincial title with a combined 67 points, followed by second-place finisher Alberni District with 65 points and Guildford Park in third with 40.

The girls provincial title was won by Maple Ridge with 52 points, followed by St. Thomas More Collegiate with 47 and Alberni District with 36.

Guildford Park’s Kenna Wells-Flanders, who won the 60kg class, was the lone Surrey female among top-three finishers at provincials.

The 84kg category had Summit Mann of Queen Elizabeth in first, Gurek Dhesi of Guildford Park in second and Hardit Garcha of Lord Tweedsmuir in third.

In the 130kg category, Harjind Grewal of Enver Creek was first, followed by Arjot Gill of Lord Tweedsmuir in second.

The provincial wrestling championships, held Monday and Tuesday, were presented by Onni Group. 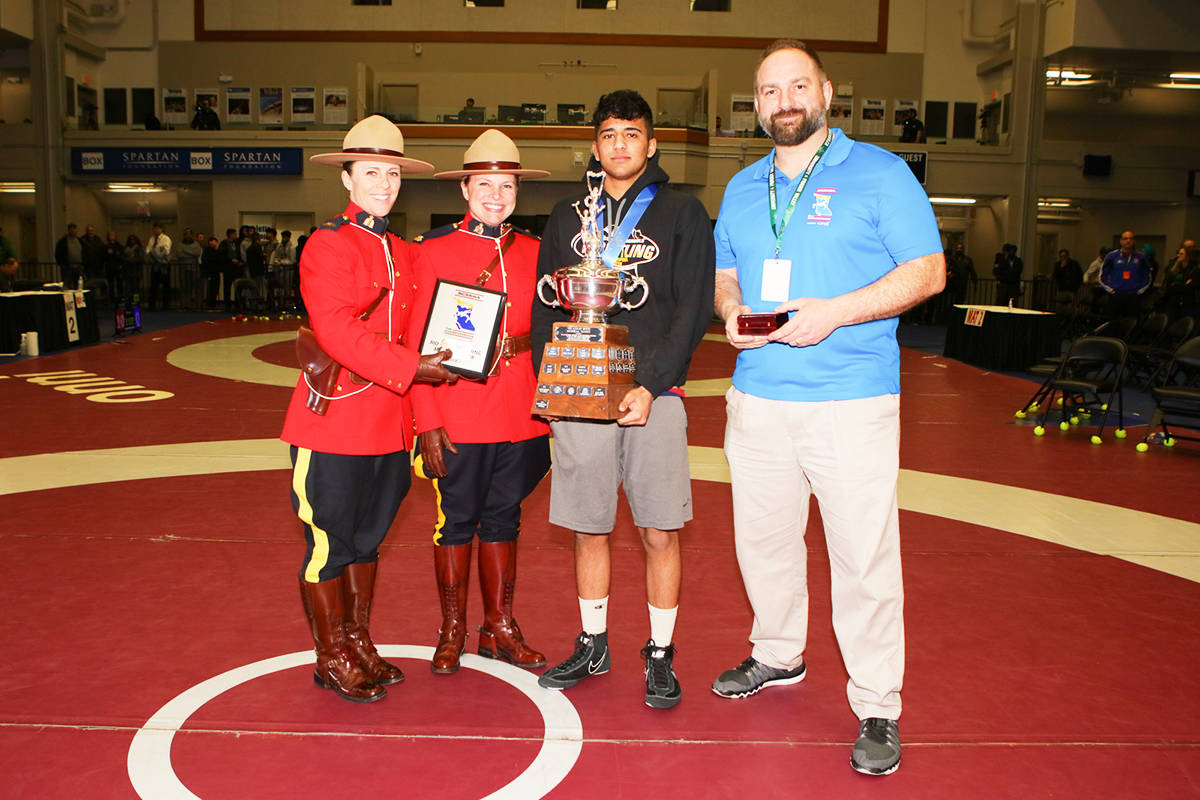