Hillcrest closed in September 2003 after a half-century of business in Clayton, at 18694 Fraser Highway, where a busy shopping mall and townhouses now stand.

Daulat and business partner Martin Biggerstaff ran the drive-in for less than a decade, on land leased to them by Trademark Properties.

“It was a family operation, and both of ours were involved,” recalled Daulat.

“Without family help you just can’t run a drive-in, it’s so labour-intensive.”

Today, Daulat and family operate Aldergrove’s Twilight Drive-in, opened in 2005, a couple years after the Hillcrest’s lights were turned off a final time.

Built on the old Dainard property, the drive-in showed its first movie in August 1953 on “the first and only metal screen at present in operation in any drive-in theatre in North America,” according a Leader newspaper story at the time.

An ad that September promised 60-cent adult admission for screenings of “To The Shores of Tripoli” (starring Maureen O’Hara in technicolour) and “Return of October,” starring Glenn Ford and Terry Moore. Wednesday was “Family Night,” for $1 a carload. 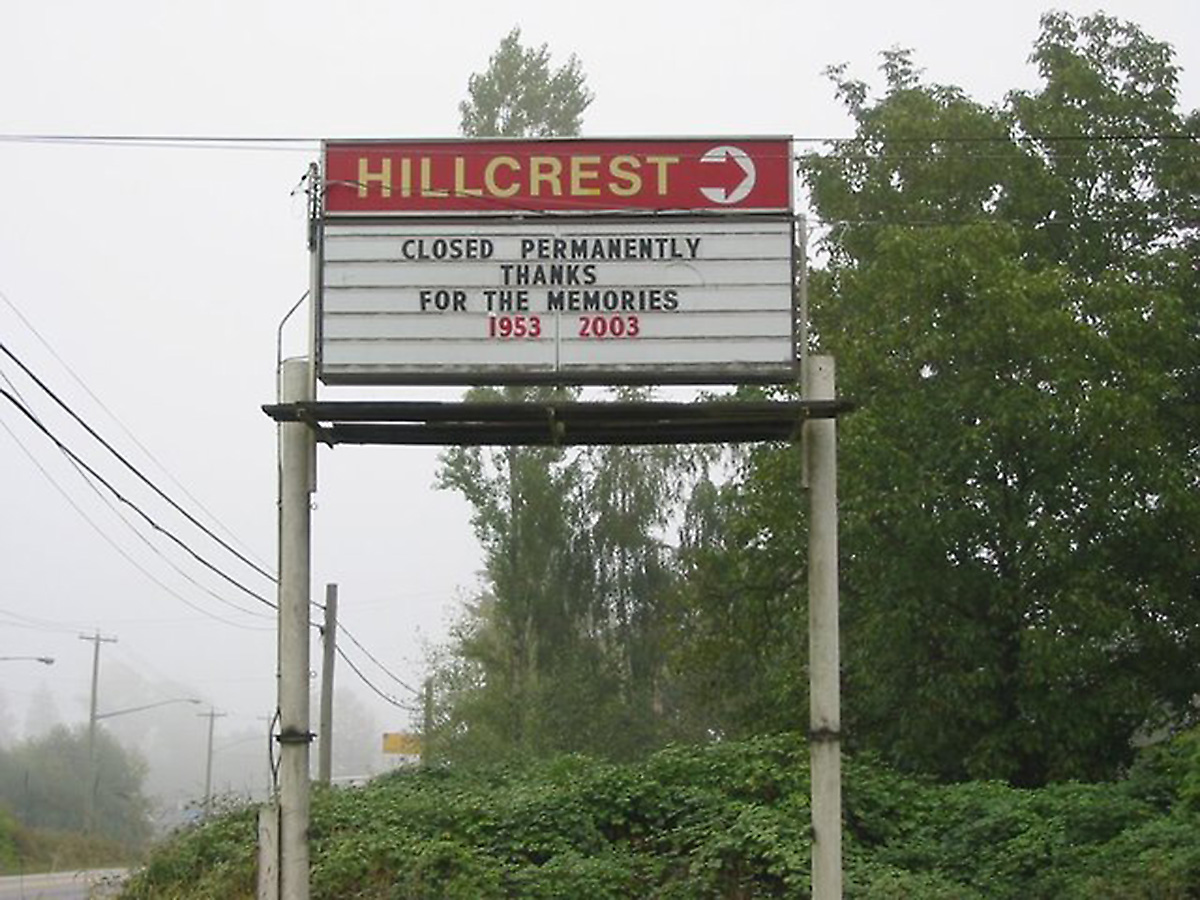 PICTURED ABOVE: Hillcrest Drive-In’s sign at the end its run in Surrey, in a photo uploaded to cinematreasures.org by hermangotlieb. 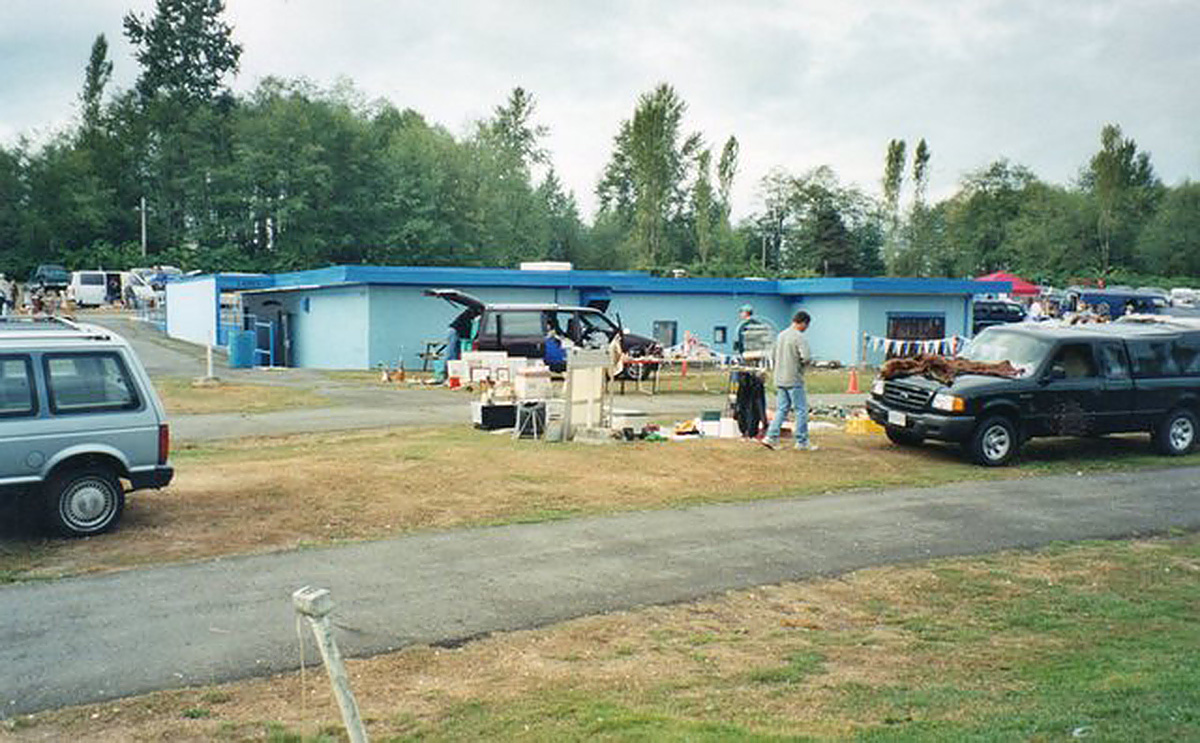 PICTURED ABOVE: Sunday swap meet at the old Hillcrest Drive-in. “What I loved about the Hillcrest was the snack bar bunker. Something I’ve never seen anywhere else,” says Steve Swanson with his uploaded photo to cinematreasures.org. 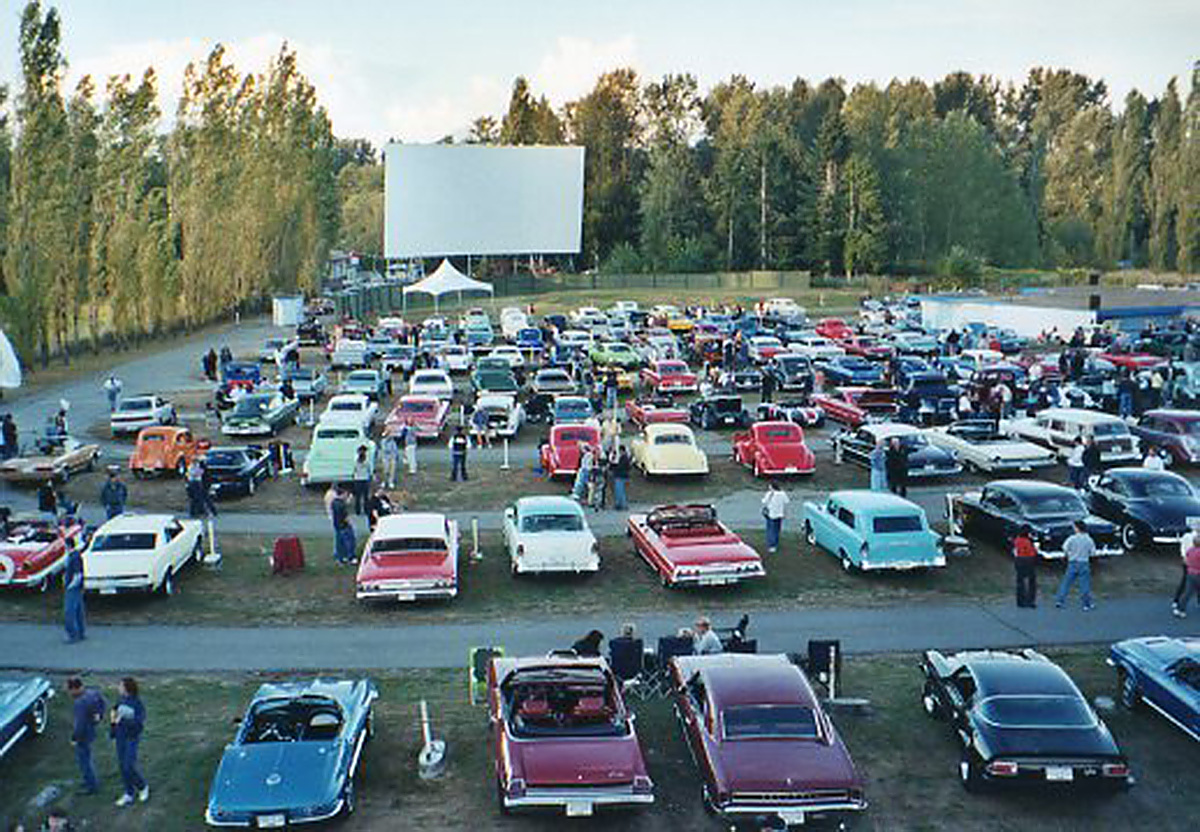 PICTURED ABOVE: The 2002 Langley Cruise-In at Hillcrest, in photo posted to cinematreasures.org by Steve Swanson. 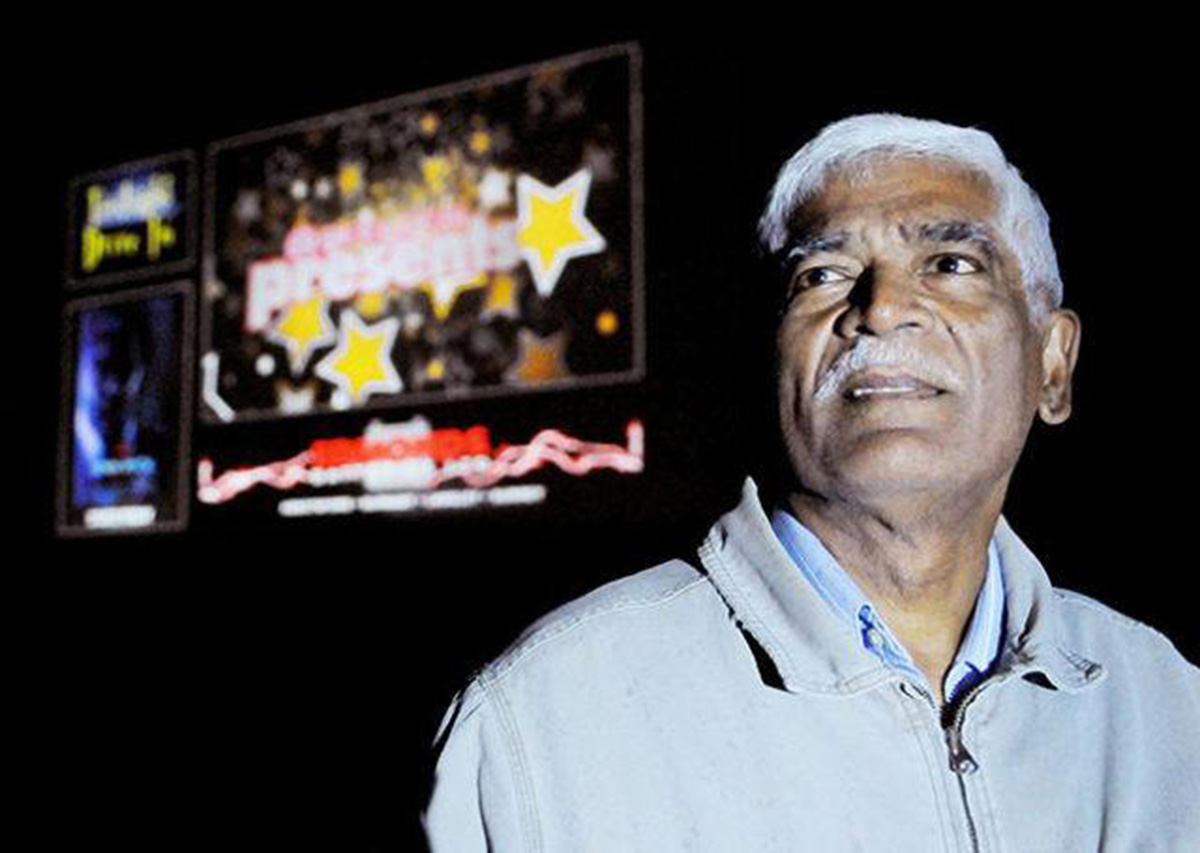 PICTURED ABOVE: After Hillcrest Drive-In closed in 2003, owner Jay Daulat relocated the drive-in to Aldergrove in 2005, and called it the Twilight. (Black Press file photo)

The Hillcrest boasted parking stalls for 571 cars and a giant screen, 30 metres wide and 15 tall.

Back in 1994, parts of the screen blew down in a winter storm, and the owner at the time, Cineplex, didn’t care to repair it. That’s when Daulat and Biggerstaff saw a business opportunity, and jumped in, along with a third partner.

“Both (Biggerstaff) and I were projectionists with both Famous Players and Cineplex before that,” Daulat said. “I was a projectionist since 1969, in the Vancouver area, in a lot of theatres, and we took a chance on it (Hillcrest).”

They spent close to $15,000 on screen repairs that continued in the days leading up to the Hillcrest’s reopening in May 1995. Other improvements included introducing radio sound to replace speakers tethered to a pole.

“It was a good memory, being the last drive-in in the Lower Mainland, at the time, and we kept it going. That is why we later moved over to the Twilight, we wanted to keep it going. Now it’s the last one in Metro Vancouver.”

Daulat’s first job in the theatre business was at Westminster, a 750-stall drive-in once located at the foot of the Pattullo Bridge and King George Highway.

“That’s where I started in an apprenticeship, to learn the trade,” Daulat recalled. “So I was very familiar with operating the equipment, and prior to the Hillcrest we did get involved in theatres so I was also aware of the business and operations of the drive-in as well.”

In addition to Hillcrest and Westminster, Surrey was also once home to a third drive-in theatre, simply named Surrey Drive-In, the first to open on June 29, 1951. It was located in Newton, at roughly 82nd Avenue and King George Boulevard, local historian Sue Bryant wrote in a 2017 story for this newspaper.

Surrey Drive-in was operated by Sid Moskaluke and Bill Bonnar, owners of Gayland Amusement Co., Bryant noted. “Moskaluke was a veteran of the Second World War who had begun his dream of owning a theatre when he started the Cameo Theatre in Whalley’s Corner. He sold out his interest of the Cameo to open Surrey’s first open-air drive-in theatre.”

• READ MORE: A look back at the Surrey Drive-In.

With the success of the Surrey Drive-In, Clayton businessmen Alfred Dainard and H. B. Blanchard made plans for a similar facility in their neighbourhood, and called it Hillcrest. Today the land is home to a Save-On Foods and other stores.

Some old photos of Hillcrest are posted on cinematreasures.org, billed as “a guide to over 55,000 movie theaters from around the world.” There’s a photo of the old ticket booth, a 2002 “cruise-in” event, a couple showing the snack bar, and an aerial shot of the A-shaped, 16-acre site.

• RELATED STORY, from 2012: Drive-In movies: old fashioned and fashionable; Jay Daulat is the owner and operator of Twilight Drive-In in Aldergrove, one of the few outdoor theatres left in the area.

“My two sons run the Twilight now, and I’m more or less the gopher, making sure everything runs smoothly,” said Daulat, who lives in Port Moody.

“I jokingly refer to the Twilight as my summer home,” he added with a laugh.

Last year, the Twilight wasn’t allowed to show movies for a time, due to physical-distancing restrictions, but things are different now, with B.C.’s restart being rolled out.

“The rules are being relaxed, and most people stay in their cars, but a few do sit on the grass or whatever,” Daulat explained. “But we do our very best to keep people apart, including the number of people allowed in the washrooms, things like that.

“Right now the distributors are releasing more and more product, new movies,” he added. “Last summer we had great difficulty with getting new titles, but not this year. It’s good again.”

Starting Thursday (June 24), the Twilight will show the latest “Fast and Furious” action flick (“F9: The Fast Saga”), along with “Nobody” and “Spirit Untamed.” For reserved tickets and other details, visit twilightdrivein.net.

Surrey Now & Then is a look back at Surrey-area landmark sites, events and people.

10 THINGS TO DO IN SURREY: Jump in a pool, pedal in a park, and more